German black metal crew Beyond Helvete announced their recent signing to Immortal Frost Productions via the release of their third album, MMXX. The Belgian label has itself secured a recent distro deal with metal heavyweights Season of Mist which is set to open more doors for their black metal family in the US. Good news for IFP and of course Beyond Helvete.

Initially the solo entity of Sven Krause (Natrgaard when performing) this album finally brings to an end an eight-year hiatus and also sees the sticks passed to session drummer Jonas Scmidd, and a fine job he makes of it too.

MMXX sparks into life with a blink and you’ll miss it hand grenade detonation before settling nicely into a thumping groove on first track proper, ‘The Way To Entelechy’. While unable to advise you directly of the direction of travel, needless to say if it sounds this good then it’s well worth hitching a ride.

While not sure why Natrgaard dropped out of vision for quite so long, he’s certainly returned to action with a spring in his step, judging by the rhythmic power stomp of the pacier ‘Signs in the Sand’, a methodical but infectious beat ruling the roost from start to finish, Natrgaard adding the desired barks and howls.

‘Crowd of Faceless’ has the kind of rhythmic pulse that would send a pit into instant communal karma, heads banging in sync, the vocals come in now and again but this song is more than sustained by the infectious riff alone. The mood is less inviting on the depressive slow crawler ‘From the Knowledge of Ignorance’, a down-tuned fuzzed-up dirge on which things are wound down to a sonic slumber stirred menacingly by Natrgaard’s tonsil-twisting yelps.

The album lasts for 30 minutes, the longest track being ‘The Search for Truth’ which gives Natrgaard a little more room to inject a few more grooves into the Teutonic mix. The closing title track is a diversionary piece, full of warm flowing sonic streams… well for the first minute and a half anyway. From that point the gloves are off and what follows is a tsunami of tub-thumping and teeth-baring as Beyond Helvete briefly run riot with a nightmarish climactic vision, at times almost Anaal Nathrakh-like in its approach. 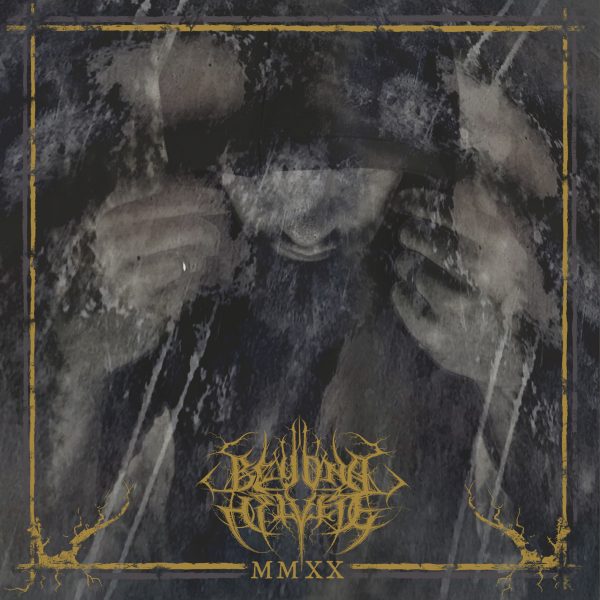