The ‘80s Brazilian thrash scene birthed some incredible bands, so much so that it eclipsed the rest of Latin America. That’s a shame because Chile, stalking in the shadows, produced some stellar acts too: Necrosis, Torturer and Betrayed. The latter released a seminal demo and album before going on hiatus, but, back in the game, a new and reinvigorated line-up have rerecorded key songs from their history and collected them as the 12 track The Unbeliever.

No one could accuse Betrayed of procrastination as opening track ‘The Unbeliever’ testifies. Wheeling out the heavy artillery the band reveal a sound that’s influenced by the classic Bay Area sound: think the harder, aggressive end: Heathen, Exodus but factor in the East Coast crunch of Nuclear Assault. This is thrash stripped of any ornate niceties and in its place is a full-on aural attack, it’s raw and visceral but the band still manage to shoehorn in plenty of groove that simply invites you to jump in the mosh pit. Injected with a healthy shot of adrenaline ‘Panic Attack’ straddles the thin line between hardcore and thrash, it recalls those heady days of crossover and anyone who misspent their youth in tight jeans and high-topped trainers will find a spiritual home here.

The excellently titled ‘Looters Will Be Shot’ is a real bruiser and I haven’t heard such a beautiful chug since Exhorder’s Slaughter In The Vatican. New vocalist Erik Flores sounds a little like Steve Souza and has an equally impressive range and it’s put to good use on the futuristic ‘Constitution (Of The Oppressors)’. I’m not sure exactly why but it sounds like it should be on a Robocop soundtrack…anyway imagine a malfunctioning robot running amok in New York and you’ll have something akin to ‘Constitution’. The title track to their 1989 demo Our Option gets a reworking here and it’s a vast improvement, not only in terms of production values but the new line-up add a fresh take and ensures it’s no mere facsimile.

Split into two halves the second part of The Unbeliever is a ‘live in the studio’ affair on which Betrayed tackle tracks from their early career. That makes sense as it captures the raw excitement of those early days and, with drummer Claudio Tapia being the sole original member, enables an authentic retelling. These songs have a definite live feel (sans audience) and lack the weighty production of the early tracks but thrash was never meant to be pretty, nevertheless, the band turn in some solid performances. For me a twin guitar attack is essential for good thrash and it’s here that J.L. Olmos and Mauricio Castro come into their own especially on the elongated ‘Human Madness’ and, trading speed for power, it allows them to spread their wings and indulge in some fine soloing.

‘Betrayed’ is the rumbustious closer and, as befitting a classic thrash collection, it’s a real neck-snapper that dizzies the listener within its circular riffs. The Unbeliever is a fine career overview and should finally raise Betrayed to prominence as one of South America’s primary metal bands. 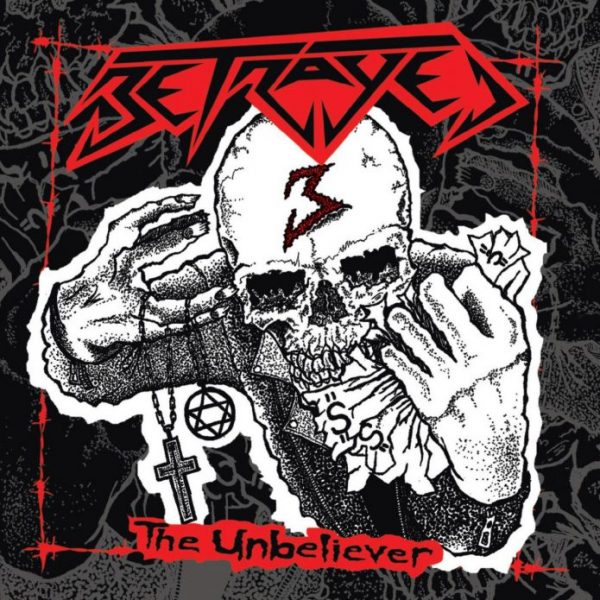