A New Year. Which, naturally, brings us new Joe Bonamassa product. Which is how it’s beginning to feel – a blues production line. Studio album follows live album follows side project album follows tour. All well and good you may say but, has something got to give? Are we edging towards saturation point, will the Bonamassa franchise be able to maintain quality control and anticipation?

Well, on the basis of ‘Black Coffee’, the latest release from Bonamassa and Beth Hart, the answer is a resounding yes. Album number three from the duo is another bluesy collection of well chosen soul and R’nB classics and may well be their best yet. Four years have passed since ‘Seesaw’. Four years which have seen the collaborators season and mature, growing into these world weary gems.

So, you ask warily, eyebrow raised, what makes this so good? Well, the dudes with their names on the cover for a start. They play the proverbial blinder here. JB may have just committed his best playing to tape. There’s little showboating, very few of the usual blues tropes and a whole lot of class. He’s locking in with the band (mostly his usual touring band), listening to them, jamming and switching up his chops. His playing is in the service of the song – he’s often out of his comfort zone but he’s nailing it every time, it’s making him play more creatively. From low down, wah wah funk to gospel to slinky jazz and gutbucket soul, he’s all over this.

And Beth Hart! Wowzers! She has soul, blues grit, heart and feel in spades. It’s her album, she’s on the form of her life – the band are having to play out of their skin just to keep up with her. It was recorded live in the studio over 5 days and it shows, these grooves wouldn’t have happened if they were sharing files from across continents. Hart is fearless – there are hints of Joplin, Bassey and Brooks, and whether she’s tackling Etta or Ella, she owns these songs.

Production is also a key factor. Admittedly, I’ve had my reservations about Kevin Shirley in the past and there is still talk in the promo blurb of artists being forced out of their comfort zones,  but his production here is spot on. It’s warm, rich and organic. He allows the band to play and stretch out, swapping solos and giving songs the time and room they need. Be it soul, jazz or R’nB, he captures the sound and mood perfectly.

But what makes this endlessly repeatable is the song choice. There’s nothing obvious or cheesy here. We have Humble Pie mixed with Peggy Lee. There’s breakneck gospel and country blues, hell, there’s even the great Lucinda Williams (brave is the singer who tries to cover her) and, I kid you not, Austrian trip-hop. Songs that have been covered by Etta James and Jack White with everyone from Elvis to The Grateful Dead in between.

So, product, yes. But product that is by no means going through the motions. A cracking album – it’s song choices always interesting, it’s arrangements brilliant and it’s musicians all bringing their A game. Welcome, ladies and gentlemen, to 2018’s first must-hear album. 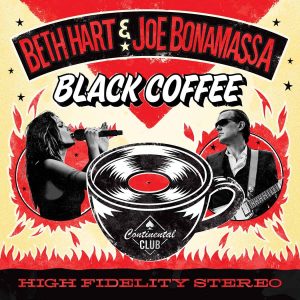