This album is loose, raw, live and seriously enjoyable!

Never mind the ballads! It’s been about 15 years since Bernie Tormé has gifted us with a solo album (not counting the GMT releases) but now he’s back and his roots are showing – namely, punk and blues.

This time around the ex-Ozzy and Gillan guitar slinger has gone down the pledge campaign route – with stunning results! After securing the donations needed within a day (and eventually racking up 418% of the money required), Tormé repaid the pledgers trust by delivering this 20 track feast of a double album.

This fits in nicely with Tormé’s punk beginnings; the album could be written and recorded his way, without ‘The Man’ looking over his shoulder, and indeed there is a sneering, snotty, spirit of ’77 DIY ethos underpinning the whole thing.

The album roars into life and Bernie and his bare bones band sound like they’re having a ball. Production is minimal – it’s basic, live, sandpaper raw and his guitar is on fire, roaring, howling, snarling and squealing through the first batch of tracks – songs end on screams of feedback and abused amps. There are blasts of metallic harmonica, greasy, knife edge slide and dive bombing rough house riffs.

And everything bar the kitchen sink is thrown at us. This is everything a good double album used to be – sprawling, messy and eclectic. Oh boy is it eclectic and nowhere more so than on ‘Side 4’ (this really does feel like a proper vinyl album). ‘Garden Of Earth’s Delight’ is greasy funk rock with Tormé stretching out on the solo. Tablas and finger cymbals usher in the Eastern infused, Zep III style acoustica of ‘Spirit Road’ while ‘Turn Of The Tide’ is seriously amplified folk music – if Bert Jansch and Steve Jones joined the Pogues it might sound like this – I always thought there was a gap in the market for electric folk and judging by this, Bernie is the man to fill it!

‘Stoneship’ is 8 1/2 minutes of druggy, fuzzy, spaced out, fucked up doomy cosmic trippyness and the album ends with the simple, dusty acoustics of ‘Outlaw Blues’.

Elsewhere we have oodles of thumping, growling, rough ‘n ready blues rock. ‘Mr. Fixit’ could almost be melodic rock if it weren’t for the occasional anti-social outburst and ‘Devil And The Deep Blue’ shows us how the Stones might have sounded if Rory Gallagher had accepted the offer to join – it’s bourbon soaked and loose with a brilliantly sleazy and slippery solo.

Who knows who ‘Good Man Down’ is dedicated to – the aforementioned Gallagher? Gary Moore? but this wounded amplified country blues inspires the best solo of the album – a yowling, heartfelt thing ripped messily from a dark, emotional place.

The occasional snippets of between song chatter really sum up this album – laughter, ribbing, confessons of parts fucked up. This album is loose, raw, live and seriously enjoyable! It’s probably the most fun I’ve had listening to an album this year. There’s no agenda, no grudges, no record company eyes on singles or sales or chart positions, it’s just a mad, loud, wild eyed collection of fucking good rock songs and really, isn’t that what it’s all about. 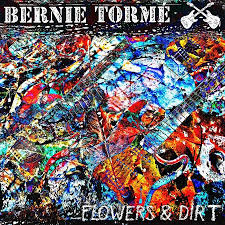