…standing at the crossroads

For a young musician to name their second studio album ‘Time Has Come’ has got to be a declaration of intent. A sign of a set plan of action, a public display of a certain confidence and assurance in their abilities and material. Poole is already a proven guitar slinger and so this album comes as something of a surprise.

Things kick off in a typical blues rock style with ‘Lying To Me’ – business as usual then as Poole and guest guitarist Aynsley Lister tear it up. But the production catches your ear. It’s light, gentle and very smooth indeed – wrapped in a layer of cotton wool and easy on the ear. There are no rough edges, its gentle sheen sees to that. Even the solo’s are resolutely non-threatening, there’s no head cuttin’ here, Poole and Lister gently, efficiently compliment each other.

And that right there is pretty much all the rocking done and dusted. The rest of the album is a sun kissed, mellow offering. The easy shuffle of ‘I Think I Love You Too Much’ has a Robert Cray vibe and ends with a laid-back instrumental noodle. ‘Time Might Never Come’ shows that Poole certainly hasn’t forgotten his chops. It’s a sultry, atmospheric piece with a late-night mood. Midway through the keyboards swell and a Mark Knopfler style solo kicks up a gear into a powerful, moving Pink Floyd break which is sure to be immense live.

But the overwhelming feel is soulful and relaxed. A quick glance at the track listing tells us what we need to know – affairs of the heart are very much on Poole’s mind. There are declarations of luurve, wrapped delicately in soft focus guitar stylings. There’s blue-eyed soul, playful shuffles of light lasciviousness and, with ‘If you Want To Play With My Heart’, a shameless bid for Radio 2 airplay – Pooles inoffensive vocals and ear for a hook making this an instant earworm.

But we are a long way from Clarkesdale or Chicago here. The second half of the album is almost exclusively pop oriented. There is gentle funk and ever present understated guitar but at least three of these songs could be sung by ex-boyband members making a bid for mature pop respectability. You can imagine them appearing on one of those 3cd ‘Drivetime’ compliations you find at motorway service stations.

So, rather fittingly for a blues musician, Mr. Poole finds himself standing at a metaphorical crossroads. Does he shred or does he go down the other path? And do either of these options involve the selling of a soul? This album may not please blues purists but Poole genuinely may not care. With John Mayer paying his dues by stepping out with the Grateful Dead there is a gap in the market for a young, good looking soft rock crossover dude and if that is his aim then he has produced the perfect album, ideal for playing in the car or at barbeques.

The albums final flourish recalls the more mainstream efforts of Chris Rea. You are reminded of his seemingly effortless easy flair for a memorable tune…but you also remember how hard he had to fight to regain his bluesman credentials. That space in the middle of the road can be a ‘Road To Hell’… 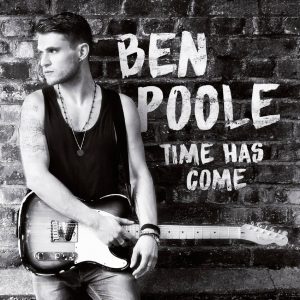