It might sound like it was recorded on a battered old 4-track tape machine, but don’t let a disappointingly thin and trebly production put you off. What it loses in sonic separation and clarity, it gains in warmth and earthiness. And that gives the music a contemporary edge without feeling like a sell-out. And while it occasionally wanders into the same epic territory as Crown Of Thorns… ‘It’s Never Too Late’ and ‘Shotgun To The Heart’… there’s no self-conscious return to the sounds of yesterday. No clinical re-enactment of past glories. No comfort zone posturing. You get my drift… Jean Beauvoir and Mikki Free have jettisoned much of the melodic rock baggage and moved on.

Perhaps because of that, the songs here take a little longer to unlock than their predecessors. And, if we are honest, whiny opener ‘Angels Cry’ is a poor starting point. Of all the tracks here it suffers most from a tinny sound and the lack of production oomph. Maybe that earlier magic isn’t quite so evident now, but after that mediocre opener, the album hurtles into orbit. It never quite gains enough velocity to defy gravity and break free of earthbound greatness, but several tracks have a starry eyed ambition.

The dark, squalling bluesrock storm of ‘Whiplash’, underlined by a climactic riff, and the title track’s strutting funk groove carry with them a ramshackle charm, as Beauvoir goes some way to marrying his art-rock past with a contemporary sound that is free of commercial orthodoxies. Equally, arguably, ‘She’s a KO’ and ‘No Starting Over’, dazzling and dramatic, remind us of just how dynamic and distinctive this duo can be……like Blue Oyster Cult nailing a Beatles Revolver era melody onto one of their contrasting, melancholy lyrics.

Then, as if to demonstrate you can’t avoid your past, the duo’s skill with a synth adds depth to impassioned (and indeed old fashioned) ballads, ‘Morning After’ and ‘Just Breathe’. Both lush, velvety and accessible. There’s no shortage of songcraft and imagination here, but it’s an album that might just be too evolved for COT fans. Anyone wanting to avoid cheap thrills and cheap knockoffs will love it. 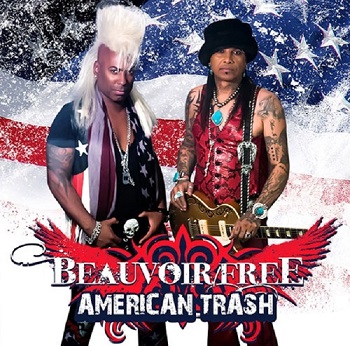