Paul Castles tucks into a plate of Beansidhe, served up on 28 July 2016, by Via Nocturna Records

If like me, you’ve had plenty of beans on toast, but not a great deal of Beansidhe, here’s your chance to catch up. The Swiss outfit have actually been around a while, having formed in 1999, but Mónt is only their third full length release. First released by the band last year, a more expansive marketing exercise is now in place for this re-release courtesy of Polish label Via Nocturna.

While death metal style vocals prevail this ain’t no Cannibal Corpse/Suffocation style cranium crusher. In fact the first track of seven is a very lucid instrumental that really sheds very little light on what is to follow. Second song ‘Spazi’ offers more of an insight. Vocals are gratifyingly gruff although not barbaric, but the accompaniment is far from the standard blastbeat annihilation. Instead there’s a confident groove chugging away and the overall sound is invitingly upbeat and positive rather than leaving you feeling that your teeth have just met your tonsils. ‘Mort’ is even more expansive, with lots of prog twists and turns, time changes which coming from Switzerland is something Beansidhe probably know more about than most of us. The tempo is restrained in parts but when the mood takes them they decide to effortlessly race through the gears.

It’s unlikely you’ve caught Beansidhe on stage as they appear to take a fairly dim view of live performances. They prefer the listener to sit quietly and reflect on their compositions rather than be distracted by the Pokémon addict in front holding his phone aloft trying to capture a Jigglypuff or a Bulbasaur. Listening to Mónt in its entirety, you can kind of see what Beansidhe are saying. These are songs that gradually ingratiate themselves into your consciousness and anything that distracts from that goal needs to be put aside.

With ‘Feras’ the rhythms are rolling faster but the sound lacks a defining riff. It’s more of an amalgamation, at times cushioned and persuasive but then at other moments more frantic and distracted. Beansidhe carry traces of the more recent Opeth in places and in fact the vocals are not dissimilar to Mikael Åkerfeldt.

Expression levels multiply on the formidable ‘Febraar’, quite possibly the pick of the six songs. Bolstered by the addition of monastic style transcendental chants, this track presents a multitude of divergent soundwaves. Most are inviting, but with the occasional hostile groove hidden amidst its contours before emerging menacingly.

Ten-minute closer ‘Diavol’ is another exhaustive composition, a subtle slowburner that eventually stirs into another absorbing attack with mid-tempo blackened barks competing against stimulating guitar battles. Towards the end a scorching solo breaks free allowing Beansidhe to build towards a suitable climax, both of the track and the album as a whole.

Although I suspect Beansidhe won’t shy away from a tag labelled ‘death metal’ their intellectual songwriting and thoughtful instrumental patterns means that this is a record of substance and sincerity – and on that is happy to stand on its own two feet. 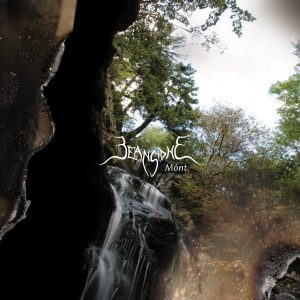