There’s nothing quite like the sound of a sludge metal band in full flight; those crashing drums and fuzzed up guitars are the things heavy metal dreams are made of. The UK is currently a hotbed of all things sludgy, and Kingston Upon Hull’s Battalions are at the vanguard. Their fourth record King Of A Dead World, released on APF Records (the doyen of all that’s good and heavy) finds this quartet at the peak of their powers.

Attesting to a sense of urgency, Battalions don’t waste a single second, and opening track ‘Green Boots’ arrives devoid of any fanfare, and it is all the more powerful for it. Humongous is the only word which can adequately describe the bulldozer of a riff that clears the way for the rest of the band. Towering over the listener like an obscene piece of brutalist architecture ‘Green Boots’ evokes the feeling of something so vast and huge, it can barely be comprehended. Phil Wilkinson’s throat-shredding vocals are red raw and sung with an emotion usually found on hardcore records, and when coupled with the scuzzy riffs and thunderous drums you have a full-on sonic assault which bites at your heels like a rabid dog. Battalions are a band unafraid to step outside delineated boundaries, and the guitar solo which erupts at the tail end of ‘Coughing Nails’ is direct from the Deep South, yet it doesn’t sound out of place on this quintessentially English album.

King Of A Dead World is an album born from adversity, and that aesthetic seeps through every note of this record, and no more so than on the self-explanatory ‘Diagnosis Fucked’. The riffs swirl like a tornado and will trap you in concentric circles, and they’re riffs which seem dredged from the very depths of Dante’s Inferno, and they’re given added oomph by the rhythm section which attach themselves on the downswing like an anchor tied to a drowning man. The strong groove which underpins most of these tracks owes much to Black Sabbath, and they have the same kind of tight-but-loose feel as pioneered by Bill Ward, but don’t mark Battalions down as mere copyists because while elements of their sound are familiar, they don’t actually sound like anyone else. Guitar solos are largely absent from this record, and the angular attack the band employ only adds to the overall level of brutality, but when the solos do make a rare appearance (such as on ‘Light A Fire’), they’re all the more precious.

‘King Of Dead World’ makes for a fitting conclusion, and it is a musical rockfall that entombs the listener within walls of sonics, and the silence that follows is positively deafening. This is a record that should swell the band’s fanbase and propel them onto bigger stages. At just 30 minutes King Of A Dying World is a fairly brief listen, but with music this heavy and brutal, it seems just about right. 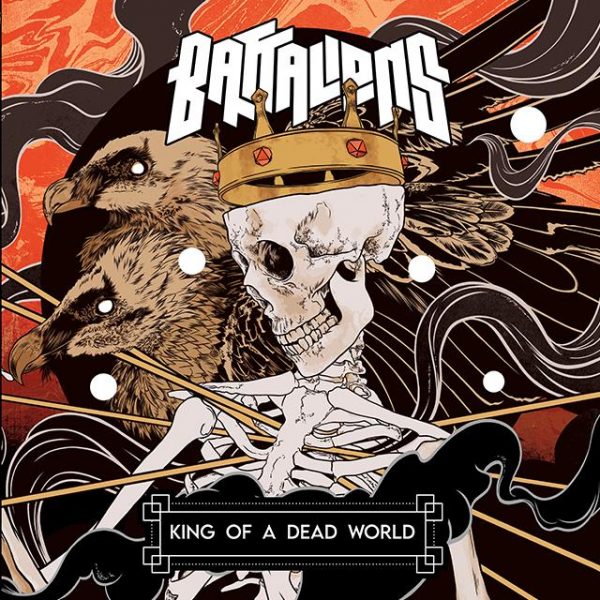