If you were to pick the top ten AOR albums of the eighties, you might want to sneak in a couple of 1990 releases – Blue Tears’ self titled gem, and this one from Baton Rouge.

Jack Ponti’s production, arrangements and songwriting are writ large all over the album. You might mention him and his songwriting partner, Vic Pepe, in the same breath as Desmond Child . . . compact, rapidfire choruses that come with a slippery, hard to pin down key change, as the song reveals a memorably melodic hook. Reinforced by the fact that band members Kelly Keeling and Lance Bullen could also fight their corner when it came to writing accessible songs with commercial appeal.

But success is always about timing, and we were in a new decade now … a decade of political and economic upheaval. This turmoil was inevitably reflected in the pained, angsty rock music emanating from the Pacific Northwest, spreading its tentacles into every corner of global music culture. AOR went underground.

Still, sometimes it’s good to look back and enjoy those lusty FM Radio moments that got the blood pumping that little bit faster; those fist pumping, declamatory arena rock choruses that took off like an emergency flare, arcing colourfully over stadiums filled with the faithful. And this album is full to the brim.

‘Doctor’, ‘Walks Like A Woman’ and ‘It’s About Time’ are are probably the picks, each echoing the great and the good of eighties Melodic Rock without carving out their own distinct identity. The Jovi-esque rock’n’roll rush of ‘Bad Time Comin Down’, gilded by a measured axe solo from Bullen and the Van Hagar-ish party anthem ‘Baby’s So Cool’ are finely grained snapshots of weightless eighties’ AOR going under for the last time. History in the making.

And while all around … ‘There Was A Time’ and ‘Hot Blood Moving’ … are treading water, ‘Spread Like Fire (including a short but fabulously transcendent middle section) and ‘Melenie’ both hint at an upshift in sophistication that the band never really got the chance to develop further.

Two more albums followed, but none matched up to Shake Your Soul. Keeling and Bullen went on, separately, to varying degrees of success.

As always with Rock Candy: 1. no remaster is complete without copious liner notes and multiple “previously unseen” pics, and 2. the remastering sounds like the album was recorded last week in some state of the art studio. Impressive. 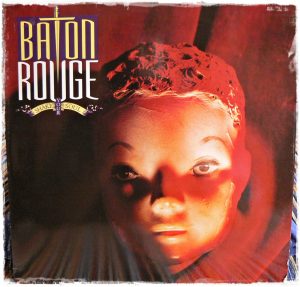