Proving that the hedonistic lifestyle is not the sole preserve of rock stars Baptism Of Fire: A Year Of Living & Working With Duran Duran tells the story of one man’s spectacular rise and an equally dramatic fall. That man was Ian Little and at the pinnacle of his crazy trajectory he worked with one of the biggest bands on the planet and co-produced their most respected (and million selling) works. In conversational style Ian charts his journey from saint to sinner (and back again) against a backdrop of life affirming spiritual growth.

Like many in the music industry Ian Little fell into the business purely by happy accident. Sometimes fate can deal us a strange set of cards but it’s up to us how we play them and through some nifty sleight of hand he ended up working for Phil Manzanera (Roxy Music) and looked after his studio while he was on tour. By the time Phil returned Ian, locked in the studio, played an ace, scored a record contract, and released a single (as New Asia). Soon promoted to production assistant he helped sprinkle some magic on the final Roxy album, Avalon. It was a meteoric rise and Ian somehow managed to keep his feet on the ground, but things were about to get really interesting.

In 1983 I was hermetically sealed in the world of heavy metal so I had no real knowledge of artists such as Duran Duran but the persuasive nature of Ian’s writing has given me a new appreciation of their music. In the year he spent with the band he almost reinvented their sound with the stand alone single ‘Is There Something I Should Know’ and then helped piece together their album Seven And The Ragged Tiger. Ian really gets into the nuts and bolts of the recording process, and it would be easy to lose the reader in a sea of technical terms but everything is clearly explained (even for those of us born deep in the analogue era).

Of course, there was plenty of time for play and that was Ian’s downfall. For a young man from humble beginnings, it must have been mind-blowing; he was whisked (first class) from Sri Lanka to Sydney via France, Monserrat and New York while meeting the likes of David Bowie, Bob Dylan and Paul McCartney on route. In the midst of this whirlwind Ian inserts a “quieter” chapter where he outlines the start of his spiritual journey. It’s like an ambient section in a loud song and provides a moment of calm within the storm. When Ian went off the rails his drug addiction spiralled into homelessness, first in New York, then London, it was his spiritual anchor that enabled him to rise, phoenix-like.

Every so often a book lands in my grubby paws to remind me why I’m a rabid bibliophile and Baptism Of Fire is such a book. From the jacket design to the glossy, silky pages and the text contained within this tome is a joy to hold and the story it tells is an essential read. 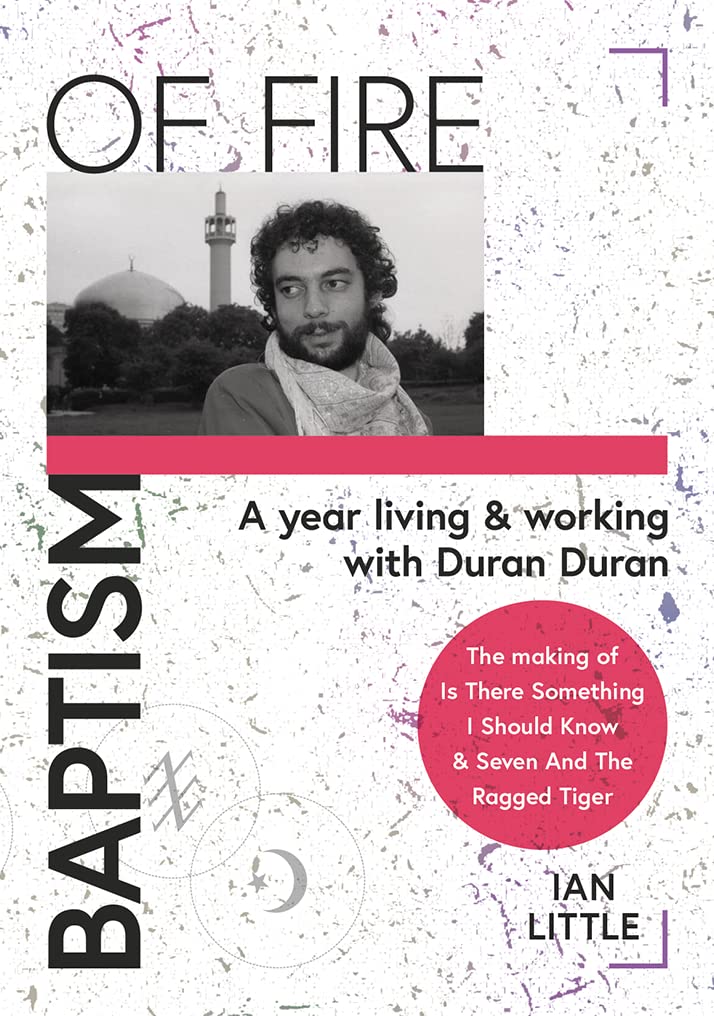