During lockdown, renowned harmonica player and vocalist Will Wilde hooked up with guitarist and backing vocalist Steve ‘The Beak’ Brook in Brighton. They began writing songs, then brought in bass player Jack Turnbull and drummer Alan Taylor, to complete a classic four-piece line-up known as Bad Luck Friday.

That their lead instrument tends to favour harmonica rather than six-string, being a pleasant return for the instrument Jagger, Daltrey and Plant would bring out their back pocket now and again before they had to concentrate on making a larger visual impression across the world’s arena stages. It doesn’t override the overall sound of the band, mind, and while blues rock might be their starting point, they bridge the early stylisations of bands like Free with a rougher 80s vibe through to an overall more aggressive contemporary sound.

As debut album title, first single, band name and mission statement, ‘Bad Luck Friday’ starts proceedings. The song hammers down hard on the rhythm while a rough and ready guitar riff drags itself along the floor leaving dirty skid marks. Lyrically, it pitches familiar blues as black magic voodoo lines by way of the nearest UK motorway service station, and a brief but ear-pricking harmonica promises more fun to come.

Both harmonica and devils getting their due lines stick around for ‘666 At The Crossroads’, the music more a heavy sleazy rock ‘n’ roll take on 80s Whitesnake. Vary-paced staggered riffing and big pounding drums with “whoa-whoa” backing catcalls, ‘Banshee’ is the tale of surviving a motorcycle accident, amid some inspired mouth harp playing along the way.

‘Dust & Bones’ is a more slowed down affair with broken chords playing through the changes, for this ragged Whitesnake/Bad Company styled power ballad. More interesting personally, is the blues-wailing stomp and near heavy reggae ‘Jealous Woman’. The lines “Got a jealous woman/Keeps her eye on me” I originally misheard as a midlife crisis number with him singing: “Got a jealous woman, her kids are around me”. ‘Take The Best Of Me’ is another Whitesnake/Bad Company macho stomp, this stated, Wilde’s voice tends to come across as L.A. Guns’ Phil Lewis without the nasal sneer, and on this track it should be noted both guitar and harmonica give it their all.

‘Mistress’ is muscled-up blues with added T. Rex sleaze, with appropriate fun lyrics to boot. Things might slow down for ‘Low Down Dirty’ but it’s fuzzed-up loud and ornery blues play in the same lyrical ballpark. It’s also the longest track on the album. But only by a margin, most ranging between three and four minutes long, so don’t tend to outstay their welcome.

The last two numbers grab your attention with their titles’ play on words, being ‘Bonnie To My Clyde’ and ‘Rebel With A Cause’. The former could be about the woman featured in ‘Mistress’ turned into ‘Jealous Woman’ and rides in on a razor-sharp chug of a take on Whitesnake’s riff for ‘Ready An’ Willing’ mixing it up with Led Zeppelin’s version of Bring It On Home’, ie. Pretty impressive harmonica breaks. Whereas, ‘Rebel With A Cause’ plays it more subtly, albeit pounding hard and invoking Rage Against The Machine as much as they do Red Hot Chilli Peppers, this final number being their most transatlantic sounding one.

The overall sound on this album is some hybrid L.A. Guns-come-Waysted sleaze beast playing heavy blues. While there’s a way to go in developing their sound beyond the existing template there are hooks and choruses that should keep your attention, intrigued enough to want to hear more, and live, with that old school harmonica upfront as visual prop, they could prove worth checking out. 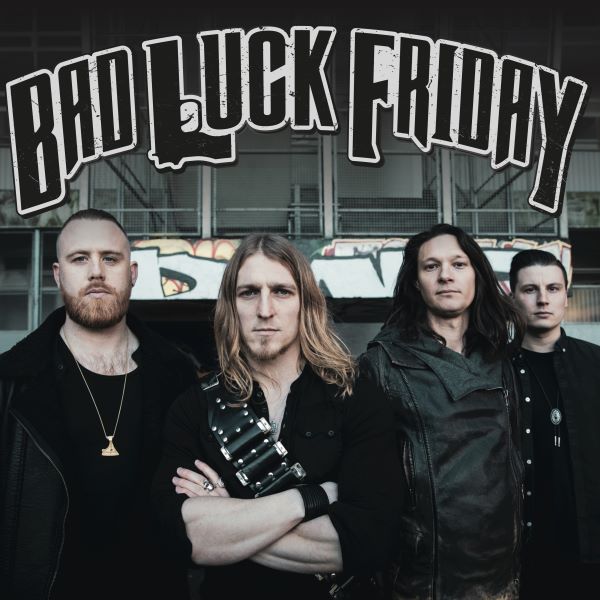