The perfect marriage of powerpop to soft rock…

It’s to the melodic rock genre’s eternal credit that 40 years later there is no sell by date in sight, and accordingly, the Rock Candy label’s excavation of rock music’s recorded history continues. Here we are in the late seventies, with little known US mid-west band, Bad Boy’s debut,  The Band That Milwaukee Made Famous (1977). The name might suggest a band/music in the Motley Crue, G’N’R vein, but there’s nothing subversive going on here. The rise and rise of The LA Bands was still several years away.

First track, ‘Overture’ is an ambitious instrumental, opening with a short keyboard fugue, then expanding into a guitar based instrumental with riffy chord progressions, occasionally alluding to some of rock’s iconic axe signatures, like the intro to ‘Smoke On The Water’. But thereafter we’re knee deep in melodic hard rock, impressively performed, well written, with the band often wading into anglicised, sixties’ powerpop waters.

A few ill chosen songs, like ‘Shake Me Up’ and ‘Mindless Babbling’ drag the quality down a notch. But elsewhere, as on ‘Last Rock and Rollers’ – knowingly camp in places, overflowing with the kind of lyrical romanticism you might have associated with Brit Glam Rock in its innocent infancy – and on ‘I Gotta Move’ – a wonderful marriage of bluesy, guitar rock and theatrical vocals, they open a window on their ambition, giving us tantalising glimpses of what they were capable of. That notion climaxes – if that’s the right word – with ‘Thinking Of You’, the understated, yet genuinely pulse quickening result you get from the perfect marriage of powerpop to soft rock.

For remastered quality, read the review of the band’s follow up album, coming later in the week. 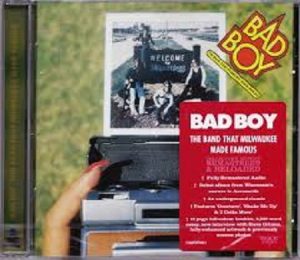