As an old-school metalhead I must admit to feeling a little uncomfortable with that whole Kawaii metal movement. Being totally manufactured from the Japanese idol scene there seems something Milli Vanilli about Babymetal. However, their third album Metal Galaxy features a host of guest appearances from the metal community and, when you factor in that they’ve shared stages with Metallica and Slayer it seems my predisposition places me in a minority.

Opening with a scything riff ‘Future Metal’ kicks Metal Galaxy off in surprisingly raucous fashion, a mixture of electronics and organic instrumentation that sandwich some syrupy J-pop, it’s atmospheric and provides textures that echo throughout the album. In a similar fashion to Sabbath employing classical guitar or flute interludes to make their crushing sound weightier the introduction of poppy elements act as a foil to highlight the heavier sections on Metal Galaxy. Japanese guitar legend Tak Matsumoto (from rock duo B’z) shreds on next cut ‘Da Da Dance’ in a fashion not dissimilar to DragonForce while the cutesy vocals provide an interesting counterpoint to the thundering drums. Rocky but danceable, imagine Abba after imbibing amphetamine and you’d have something approaching ‘Da Da Dance’.

To really understand Babymetal you need to grasp the slightly surreal nature of Japanese pop culture and it’s a surrealism encapsulated on the Dali like ‘Elevator Girl’, slightly nonsensical it nevertheless adds another shade to the album. Metal Galaxy could be construed as a concept album, not so much lyrically but in a certain feeling that unifies the songs. Like looking into the vast array of colours in the cosmos each song has its own hue yet the record hangs together as a whole. By the time I reached the fourth cut ‘Shanti Shanti Shanti’, with its Middle Eastern guitar flourishes my prejudices about the groups authenticity began to melt and by next track ‘Oh! Majinai’ they’d all but evaporated. That the song has a Nordic folk metal feel is perhaps no surprise as Sabaton’s Joakim Brodén turns the tune into a Viking campfire sing song. 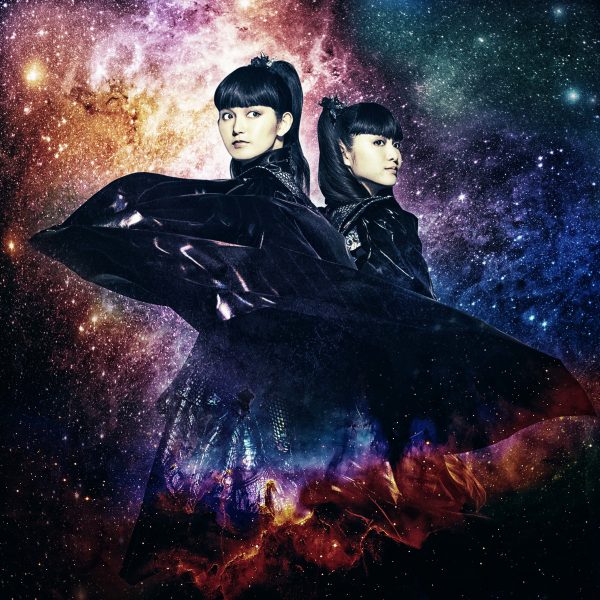 More guests appear in the shape of Tim Henson and Scott LePage (both from Texan prog rockers Polyphia) and the pop rock of ‘Brand New Day’ is quite a departure from their usual work and Babymetal must be a nice outlet that allows these artists to explore other genres. With an intro that recalls the classic metal of Grave Digger ‘In The Name Of’ is atmospheric in the way that artists like Dio were, almost cinematic, it’s music that’s designed to create images in your mind. Up next is the albums first single, ‘Distortion’ and it features the melodic death metal vocals of Arch Enemy’s Alissa White-Gluz which contrasts nicely with Su-metal and Moametal’s cutesy words. On ‘Pa Pa Ya!!’ Thai rapper F. Hero makes an appearance and his contribution turns the song into a punchy affair and turns it into one of the heaviest songs on the record.

Continuing the space theme ‘Starlight’ employs light and shade and that’s a theme continued on ‘Shine’ which ebbs and flows with chanted, ethereal vocals and an acoustic midsection. It segues into the final cut ‘Arkadia’ which thrashes along with the guitarist cramming in as many notes as possible over some blasting drums which ensures the album ends on a suitably cataclysmic tone.

Perhaps attesting to the band’s maturity (Su-metal (Suzuka Nakamoto) and Moametal (Moa Kikuchi) weren’t in their teens and had no interest in rock when they were chosen for life in Babymetal) gone are the more gimmicky songs like ‘Gimme Chocolate!!’ to be replaced by a more authentic take on metal. It seems that performing with rock royalty Rob Halford has made two converts out of these girls. Amen to that! 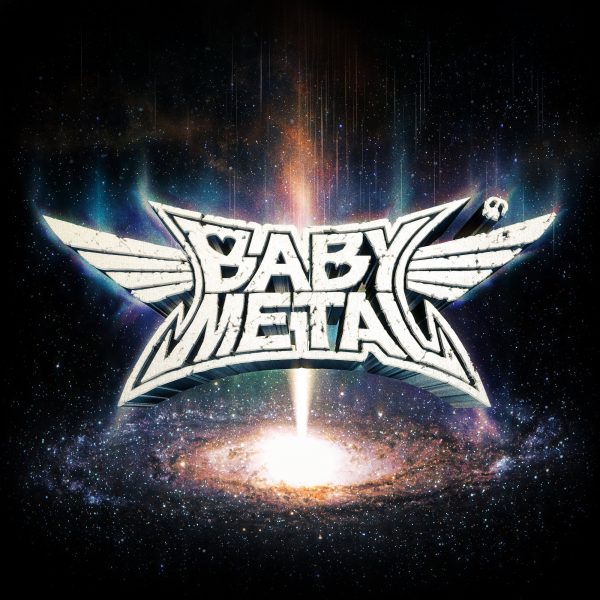