AZAVATAR – the band whose name is to be in upper case at ALL times – have brought unto us underworld-dwelling scumbuckets their debut album. Awash in haunting and hypnotic structures comprised of fiery riffs, furious beats, penetrating melodies, grim and grating vocals spewing all kinds of malicious bile into the dense echoes of black metal atmospherics, it makes a very good first impression. And one that that lasts. On rotation for a while now, not only does this still manage to grab my attention every time but it becomes increasingly compelling with every play.

With five tracks all beginning with ‘K’ and with a ‘v’ in place of a ‘u’, for the band to deliver a bunch of trve kvlt black metal tracks thrown together on an “album” would be too easy. And insulting for that matter – to us as listeners and to them as musicians. AZAVATAR can do the raging wrath bit, they can do the atmospheric bit, and they can do a bit of doom too (the Black Sabbath-esque riff in the first minute is immense). But AZAVATAR’s vision has much more scope. They can shift across dynamics and crank up the creepy or unleash the crushing with an effortless élan. Not only can they drag the tempo down and pitch colossal chords against hammered double-bass drums blasts, they can morph wall-of-fire riffs into tortured melodies and fill the leaden air while cavernous chords, hypnotic arpeggiated passages, and haunting atmospherics are dragged into the maelstrom.

Formed in 2013 by former Saeculum Obscurum guitarist AZAVATAR as a solo project and comprising members of Atrorum and Nebelkrähe (umbrA on keys), and Odem Arcarum (drummer C.A.), with vocalist KHOTHRON (also of Saeculum Obscurum) to add further shape and shade to the cavalcade of vitriolic incantations, this is clearly a potent, productive and creative line-up. A very impressive opening statement, if this is what to expect then the band has a lot to live up to already. 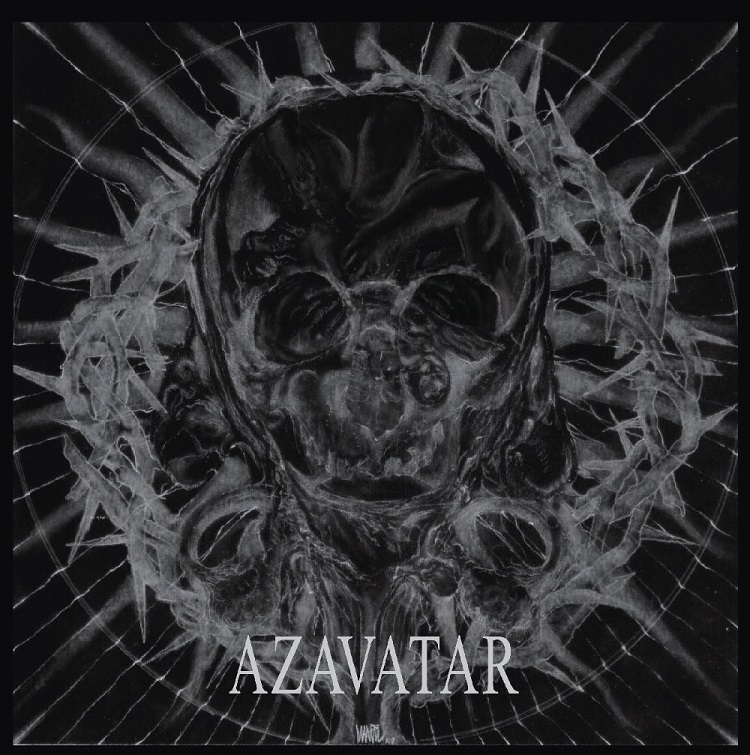