Something of a cracker…

With Nightwish officially on a year-long hiatus after a huge world tour, and Floor Jansen on maternity leave, Tuomas Holopainen, his partner, singer Johanna Kurkela, and Troy Donockley began work on a project which had its origins in Holopainen’s solo project around the story of Scrooge McDuck, although the three individual members are at pains to point out that Auri isn’t just a ‘project’ on the side, they fully intend it to be a proper band. Either way, this self-titled album is the first release from Auri, and whatever its origins, I think it’s fair to say that it’s something of a cracker.

If you come expecting to hear Nightwish-lite, you’ll be disappointed, although there are at times definite and understandable hints at Donockley and Holopainen’s day job, but the general atmosphere of the album is more reflective, with the pipes, whistles and orchestrations giving it a more ethereal and atmospheric air, overlaid with Johanna Kurkela’s vocals. At times she can sound a little like Anneke van Giesbergen at her most enticing, at others there’s a touch of Kate Bush, but along with the music, the closest approximation is to Enya, although there’s much more to Auri’s music as a whole.

The album opens with the tribal drums of ‘The Space Between’, where the Enya comparisons first spring to mind, but a touch of electronica and Donockley’s pipes take the song into another place entirely. ‘I Hope Your World Is Kind’ hints at symphonic rock before moving on, then comes the excellent ‘Skeleton Tree’, which is built around simple piano part before more and more instrumentation is added as the song goes on. It’s a slower song, almost an instrumental, save for a brief part in the middle, almost a Latin chant, but it’s an ambitious and enthralling piece of music. Another change of gear for ‘Desert Flower’, an acoustic song with Troy taking the first vocal, before ‘Night 13’ which is another slower, atmospheric song, again slowly adding to the arrangement building to a quicker finale.

The embracing of different styles continues with ‘See’, which has a Middle Eastern tinge, and might be quite at home in Jimmy Page and Robert Plant’s explorations in that field, and the semi-instrumental style comes in again on ‘The Name of the Wind’, where there are wordless vocals swirling over some unmistakeable Donockley playing. In fact there’s a lot of that sort of arrangement toward the latter part of the album, particularly on Aphrodite Risng’, ‘Savant’ and ‘Underthing Solstice’, although each is given its own individual touch, so that the music seems never to be in danger of sounding samey or repeating itself. ‘Underthing Solstice’, with a male chorus, could easily be from the Lord of the Rings’ soundtrack, as could the final track, ‘Them Thar Chantarelles’, at least until Troy bursts into the exhilarating, folk inspired jig that closes things out.

Obviously this album will attract attention because of the Nightwish connection, but it undoubtedly has a quality and an identity all of its own, despite the comparisons to Enya. For those familiar with his work, Troy’s parts are instantly recognisable, and there are occasional places where Tuomas’ hand is clearly on the tiller, but it’s the combination of these as well as the added ingredients of World Music, Celtic music, even touches of ambient music, that create an album that manages to intrigue you from the very first listen.

The more I play Auri, the more impressive it becomes. Johanna’s vocals are superb, the playing is tremendous, and the overall sound and atmosphere of the album drew me in straightaway. Each of the members has spoken of Auri being a proper band, with definite plans for a second album and the hope that they might play live in the fullness of time. That’s something to look forward to, but in the meantime, this debut is one of my favourite records of 2018 so far. 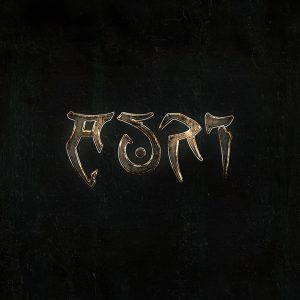