Paul Castles sets off in search of Tasmanian devils and unearths two albums from Atra Vetosus, both issued recently via Immortal Frost Productions.

With the conveyor belt of Scandinavian black metal showing no signs of slowing down, it almost throws you off the trail when discovering the latest carbonate crusher to disturb your in-tray is delivered from Down Under. While not exactly unique – think Deströyer 666 and Disembowelment – agitators from the Antipodean wastelands are still viewed as relatively rare species. And Atra Vetosus don’t even hail from Sydney or Melbourne. They’re actually flying the flag for the Tasmanian underground scene and seem to be making a pretty good fist of it as well.

There are two albums to put under the metal microscope from Atra Vetosus – one reissue and one new release – and both are now out via Immortal Frost Productions. Voices From The Eternal Night was released five years ago and has just been reissued roughly alongside the release of their latest album Apricity. Both albums are strident sonic swabs of black metal, although Atra Vetosus infuse both releases with an abundance of melodies which will broaden its appeal beyond those who seemingly demand every black metal note delivered dipped either in ice or blood.

So while there are cold blasts, and when the wind blows for Atra Vetosus it howls like a banshee, there are warmer swirls too, marking them both an interesting and fulfilling proposition. ‘Skies of Obsidian Rain’ is a full-bloodied raucous opener in which aggression levels are pitched pretty high. ‘A Palace Shrouded in Emptiness’ seems to be travelling in the same direction until the interjection of surprising clean singing arrives in tandem with the more conventional caustic vocal cuts.

‘The Spirit of the Forgotten Woods’ does feature a few monotone spoken words but after this the full cascade of sweeping melodies takes over as an injection of energy sees Atra Vetosus push things to the limit. After the instrumental ‘Into The Dawnless Night’, which is just long enough to allow senses to clear, Atra Vetosus step back into the cauldron with ‘Under the Wings of Darkness,’ another blastbeat explosion with some searing riff work clawing up to the skies. The Australian outfit build bridges between harsh hard-hitting attacks and velvety grooves which wrap themselves around you; a song such as ‘Nocturnal Winds’ exemplifying the way in which they combine two quite distinct sides of the coin.

Their latest album Apricity opens with some delightful tremolo tickling, before ‘Oceans of Light, Rainfall of Stars’ opens the door to a flurry of blastbeats, the grooves suddenly harden around the edges and the vocal screeches lay waste. What follows is a near 10-minute opener full of well-crafted manoeuvres exploring different emotions and with sufficient quality to hook you in and keep you there. ‘Ever Falling Snow’ at first feels similar but this white winter blanket of a song moves towards calmer waters, gently spoken overtures adding a moment of respite but once the guitars start to speak more forcibly the song spirals away with more than just one spring in its step.

While the soothing instrumental ‘Violet’ offers time for quiet reflection, it’s not a state that Atra Vetosus are happy to remain in for long. ‘Where the Lost Spirits Roam’ is a firestorm in which the Tasmanians deliver tank size rocks of ice. These songs are widescreen, by which I mean it feels they have a tale to tell and Atra Vetosus are happy to allow them the freedom to do just that. The calm ripples of ‘Fading Life, Winter Winds’ set a sultry scene and while the inevitable injection of tempo arrives this remains a superbly composed track, easily lasting the course of its 10-minute journey. You might need to hunt down a latin scholar to interpret album finale ‘Pravitatem Cordis Hominis’. But you won’t need a language student to highlight what a stunning climb to the final peak this song turns into.

There’s very little to split these two albums. Fans of melodic black metal that feature abrasive explosive bursts with some serene rhythms in which the world seems to stand still will not be disappointed with either of them. The Australians are heading to Europe in April although not quite making it as far north as the UK. Here’s hoping for next time then!

Tracklist – Voices From The Eternal Night 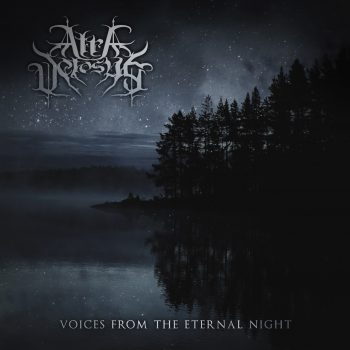 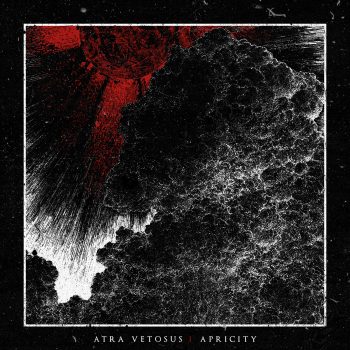