Ataraxis Vibration are a three piece from Bath, formed back in the Summer of 2009 and consisting of Uvonji Uzele on bass and vocals, Martin Donovan on drums and white Strat weilding Adam Kowalski Healey on guitar. They are currently in the process of recording their debut album and are releasing this short EP as a taster.

‘Eagles’ puts the aforementioned white Strat to good use on this wah-wah infused, basic Hendrix jam replete with sky kissing solo. Uzele’s voice is warm and funky, his Kenyan accent lending his vocals a welcoming burr. ‘Nothing Lasts Forever’ meanwhile, is a change of pace, and hints at a lyrical depth to the band. This hymn to the passing of childhood innocence begins with a melodic earworm of a tapped intro before powerchord riffage cuts through and takes the song in a darker direction. The solo, when it duly arrives, is plaintive and mournful, reflecting the songs themes. Final track ‘One International’ has much more of a metallic edge. The blues takes a back seat to riffs, powerhouse drumming and tricksy, widdly guitar stuff!

The jury is out on this one. The band clearly has talent but the songs, although good, are not ‘set the world on fire’ good. Many of the great debut albums (Zep, Metallica, etc.) have been recorded by bands tearing up the joint – crackling with energy and buzzing with sheer amazement at how good they are – songs vomit out by the dozen and demand to be heard, now! Ataraxis Vibration have been around for 5 years and this EP has been around, in various forms, for 2 or 3. Let’s hope the guys can retain that variety and warmth of the 3 tracks on offer and not slip into sub-Hendrix pub blues band purgatory. Fingers crossed for early 2015 when the album drops. 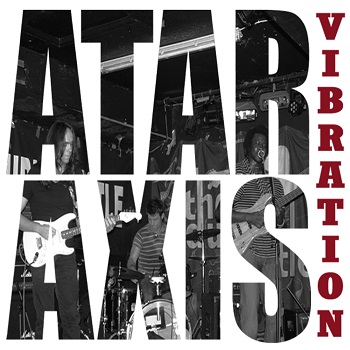