Anyone familiar with Belgium-based underground label Immortal Frost Productions, will be aware of their traditionally savage output with most releases dipped into the melting pot of black metal. This new release from Astral Winter is nothing like that…

This is as far removed as satanic snarls, roughened riffs and poisoned percussive attacks as you can find. Perdition II is an almost exclusively instrumental affair, serving up nine songs of solitude across a restful 38 minutes.

Astral Winter hail from Australia and this is their fourth album. As the title suggests, it follows on from Perdition which the band released back in 2013. In between they released Forest of Silence (reviewed here) in which their driving force Josh Young unleashed the full black metal experience with snapping vocals and full orchestral support.

Perdition II is essentially an acoustic affair and opens in somnambulant style with opulent pieces ‘Corridors of Time’ and the hypnotic ‘Light of the Cosmos,’ the latter enhanced by some sublime keyboard melodies.

There’s a shimmering beauty that lies at the very core of this album, reflected in melancholic moments such as ‘Fading from the Skies’. The majestic keyboard work leads into the equally enthralling ‘Dream of the Stars’ which paints yet more powerful vistas that enthrall and engage while the song title itself offers further insight into the wider galactical gyrations that inspire so much of the Tasmanian band’s output.

While much of this album is played out across an ethereal plain, the fleeting ‘Crystal Tears’ turns the clouds a shade darker with its deeper echoes carrying an almost medieval power before cushioning seamlessly into ‘The Celestial Age’. This is the first track when voices are heard, a choral collective adding a spine-tingling dimension before the winds start to gently exhale through the whiteout finish.

‘At the Gates of Creation’ is possibly the grandest track, some spoken words feature early on before the sonic waves take on a bolder and more strident energy than previously heralded on Perdition II. The emotive arcs reach higher while the track carries an almost tangible power, with irresistible grooves floating across the surface.

While a comforting and reassuring listen, Astral Winter do dim the lights on closing track ‘Withering Illusion,’ the album’s longest and most opulent offering. The flow is measured and the undulations run smooth while the wintery artwork makes clear the season in which this album’s spirit resonates the most strongly. But the coldness is not exclusive as there are many warm patterns at work here also.

As a final aside, Astral Winter’s debut album Illustrations of Death was the very first full length release on Immortal Frost back in 2009. Both the band and the Belgian label have made consistent progress ever since. 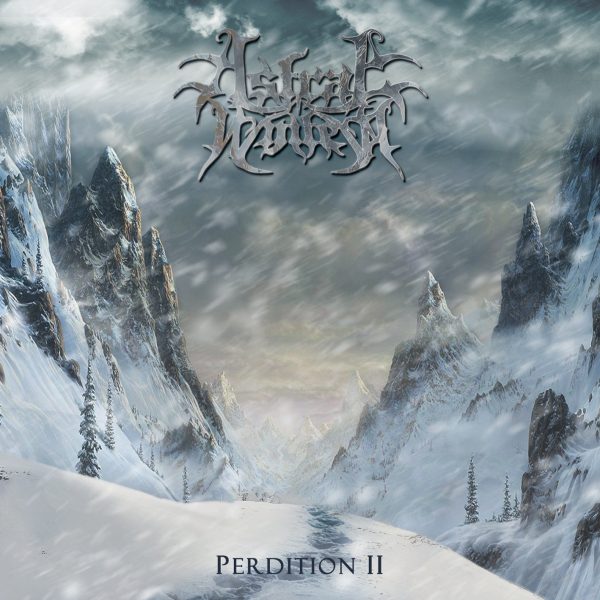