Formed in the Summer of 1993 London’s Asian Dub Foundation made strange bedfellows in an age that was obsessed with all things Britpop. However, while much music from that era sounds very much of its time ADF have a sound that’s made for all time. Their fusion of jungle, drum and bass and trip hop still sounds fresh and exciting and in terms of heaviness they could quite easily trade blows with bands such as the Prodigy. Originally released in 2005, Tank followed the highly successful Enemy Of My Enemy and now gets a timely re-issue to show why it remains an unstoppable force.

While their previous album exploded with righteous indignation Tank ramps things up to a whole new level and this is a far more focused, angry effort. At a furious rate of beats per minute opening salvo ‘Flyover’ is the musical equivalent of cannon fire and proceeds to demolish your speakers in an all-out sonic barrage. In terms of ferocity, I’d draw a direst parallel with classic Prodigy and Tank is an album that defined a disjointed generation and songs such as the title track attack your senses from all directions. However, just like Black Sabbath and Bad Brains, Asian Dub Foundation are a band who understand musical dynamics and while Sabbath employed classical interludes to accentuate their power the Foundation use the sitar, a piece of dub reggae or, in the case of ‘Tank’, a middle eastern flourish as a foil to highlight their raw power. All this ensures that Tank ebbs and flows, as all good albums should and for that very reason Tank is a far more rounded and satisfying album than its predecessor. From the bass heavy rumble of ‘Powerlines’ to ominous closer ‘Melody 7’ this is a record that takes in all of ADF’s influences, reassembles them as a musical time bomb, lights the fuse and watches as the shards explode in every direction. 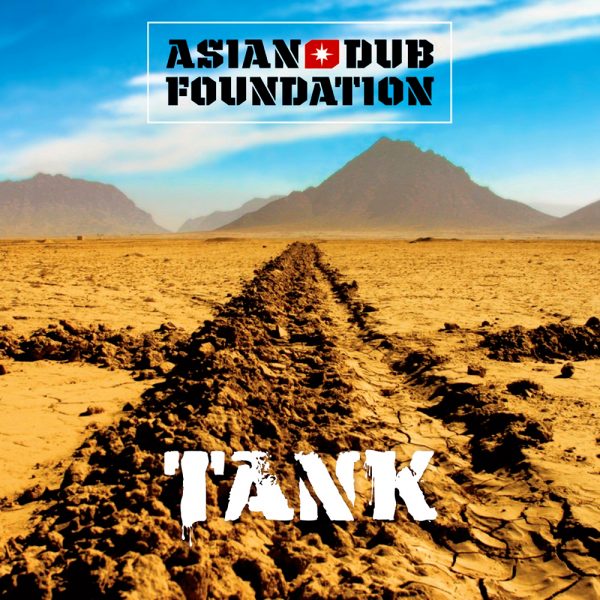