Ashen Crown aren’t the first Birmingham band to begin an album with a haunting church bell of course and while only time will tell if they get their own exhibition at the city’s museum in 30 or 40 years time, they have at least made their mark with this demonstrative full length debut.

Ashen Crown won the Wolverhampton leg of the Metal to the Masses competition a couple of years ago, securing their spot on the Hobgoblin New Blood Stage at Bloodstock in doing so. Since then they’ve refused to let the grass grow under their feet.

Obsolescence is their first album, the wraps being taken off it at an album launch show at the city’s Academy venue last weekend. ‘Unbroken Faith’ kick-starts the album nicely, aggressive and heavy but not to the exclusion of some solid solo work and a couple of chunky grooves that are neatly woven into the mix.

Hostility levels are ratcheted up on ‘Crimson Sea’ which has echoes of Lamb of God at times, as Ashen Crown let loose with some devastating hooks and the rasping rhythmic roll is delivered with confidence and control. 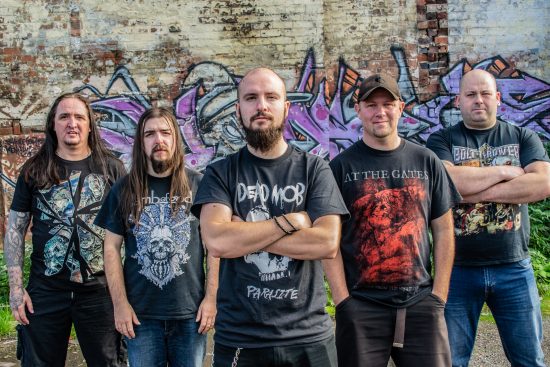 Ashen Crown know how to pitch things at just the right level, starting slow before gradually tightening the sonic screw as the tension tightrope is stretched to breaking point. That said, they have fun when lashing out too and on the destructive jawbreaker ‘Ultimatum’ they seek to inflict as much damage as they can get away with within the time restraints available.

There’s a vast sweeping intro that launches ‘Right to Rise’ casting an almost biblical shadow over things before a steadfastly mean chug asserts as Ashen Crown get their heads down and start to grind out some more magic, while the fist-pumping roar that leaves scorch-marks on ‘Guilty of Hatred’ will no doubt have the pit in raptures before too long.

On ‘Blood Beneath Us’ an additional atmospheric angle is offered up in the distinctive form of well-known Midlands soprano Francesca who adds a regal touch when least expected, as her high-pitched precision marries up alongside Kieren Scott’s infinitely dirtier delivery.

The only brief stumbling block the band has faced so far was having to find a new drummer, something they did successfully with the arrival of Mike Ellis whose precision sticks-work keeps the whole album moving along at a robust pace. With Jay Rogers and Ste Fowkes driving the grooves forward on guitar, and Phil Milman thrusting away with his bass, Kieren has free rein to get his growls invective right, something he achieves with seemingly effortless ease.

‘Fall of Thine Eyes’ is another blink and you’ll miss it number and yet within the race to the end space is again found to accommodate some fine string sorcery. Obsolescence closes with ‘Under the Leaves’ which stirs in foreboding fashion, allowing atmosphere and momentum to build, before a raging riff slices through to send things into febrile freefall.

The whole package works very well and it’s not hard to see how Ashen Crown have been kept busy over the past couple of years supporting the likes of Memoriam and US heavyweights Obituary. The songs touch on familiar subjects such as religion and politics, suggesting that in the fullness of time these could one day become obsolete concepts – hence the album title.

Obsolescence deserves to do well for the local lads, and as we’ve seen with the likes of Conjurer in recent years, Ashen Crown look as though they have what it takes to cast their net further afield than the Bullring and Spaghetti Junction. 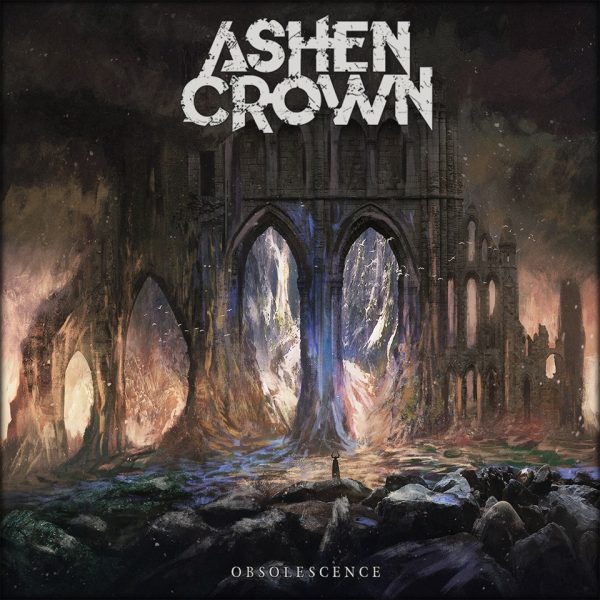