Poland’s ASGAARD are a band in perpetual motion. From their early forays into extreme metal their career has been categorised by constant change and latest release What If… is no exception. Adopting a more straight forward rock sound What If… finds the band forging new ground but long-term fans needn’t worry as ASGAARD haven’t shed their collective skins but they’ve added another shade to an already rich tapestry.

An ambient, electronic intro opens the door to the wide expansive universe that is first track ‘Sisyphus’ and it creates a feeling of something so vast that it’s almost incomprehensible. Grappling with ideas of Nietzschean proportions ‘Sisyphus’ is like staring at a crystalline nocturnal sky and feeling dwarfed by its existential spaciousness. The band have done a great job in producing this album and the sound they’ve engineered is absolutely massive in a Metallica and Streetcleaner way. It’s a multi-layered sound that will benefit repeat listens as subtle nuances, buried deep in the mix, reveal themselves on successive spins. It’s intricate, yet accessible, and rather like a cubist painter assembling a sound from geometrical shapes.

Falling squarely into the gothic rock camp ‘Creeping Miss Lunacy’ is leaden with a heavy load yet it makes good of musical dynamics as flighty guitars are anchored by pounding drums and the effect is a song that tethers to the listener an unspeakable weight. Two tracks on this album are sung in Polish and by employing his native tongue Przemysław ‘Quazarre’ Olbryt gives songs such as ‘Sny Na Jawie’ a folky, pagan vibe, and the mid-section, replete with lutes and mandolins, creates calm in the midst of a storm and highlights the juxtaposition between loud and quiet passages. Taking a left turn the riff that introduces ‘Horizon Upside Down’ is a thing of beauty and has a definite ‘80s feel and it’s typical of this album that, however inventive things get, the band never lose sight melody and song structure.

While not a novel addition to the ASGAARD sound electronic instrumentation plays a pivotal role on What If… and especially on the sweeping soundscape that comprises the title track. Those tension of opposites come into play again and pit organic and electric instruments against each other and the result is a rich, textured, multi-faceted sound. Grandiose and almost classical in scope ‘Blind Man’s Bluff’ finds guitarist Bartłomiej ‘Hetzer’ Kostrzewa building a maze of complex riffs while session drummer Alvern beats a hypnotic rhythm and leaves a tempting trail to lure you deeper into ASGAARD’s world. Seething with undiluted rage ‘Not Ever Again!’ is the sound of a technocratic planet perishing in flames and its sonic blast is the perfect way to conclude this perfect album.

Having shared stages with luminaries such as Morbid Angel and Rotting Christ ASGAARD are still relatively unknown outside their native Poland but that all seems set to change with album number seven, What If… 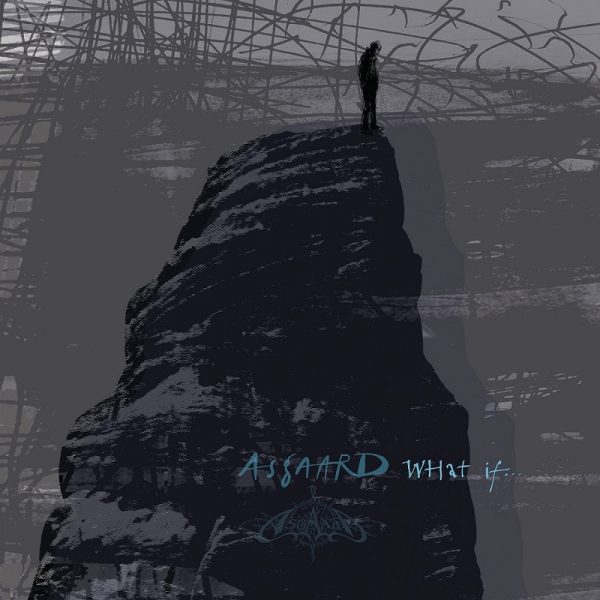