Neat, with a great pop-rock sensibility that should easily see them getting plenty of air time

I feel a little sorry for Austin Dickinson.  Being the son of Bruce, and following him into the rock world, he must have known that he’d be constantly compared to his father no matter what kind of band he was in.  So, for the sake of this album review, I’m going to pretend that he isn’t.

Born out of the ashes of former band Rise To Remain, As Lions have decided to depart from the metalcore sound of the previous incarnation.  Good.  What’s not so good is that for this album, they’ve basically just taken their debut EP and put a few more tracks on the end.  Not even a light reworking in sight, either.  If you wanted to call this a double EP, I’d be hard pushed to correct you.  Hell, I can barely tell you which songs were on the debut EP.

The band have opted for a very slick, highly produced sound.  The good part to that is the overall effect is very fluid, and almost entirely inoffensive.  The downside is that when you file off all the rough edges and spikes, you’re left with nowhere to hang your hat, so to speak.  Each track sounds almost exactly like the previous one to the point where it took me nearly three minutes to realise that I had one of their YouTube videos playing in the background behind the album at one point.

What’s annoying is that there’s some serious talent on show here – the songwriting is very neat, with a great pop-rock sensibility that should easily see them get plenty of air time.  It’s arena rock, at the end of the day, with big choruses and plenty of chunky guitar work – and an absolutely superb vocal, it must be said.  Austin has one hell of a set of pipes on him, and he delivers on both technique and tone to produce one of the best vocal performances I’ve heard in a long time.

Thing is, there’s nothing particularly wrong with the album – it’s just very safe and designed to be radio-friendly, and that’s just a little bit dull for me, frankly.  It’s somewhere between Linkin Park and Shinedown in terms of appeal, and neither of those bands really stand out for me.  Don’t get me wrong – you’ll find yourself humming along to choruses (even if you wonder which song it actually came from).  And, oddly, some part of me likes it, and has a lot of respect for a debut album to come out being this accomplished and polished.  It’s got arena rock and radio airtime plastered all over it.  I just wish it had a little more grit and a bit more attitude to really make it stand out. 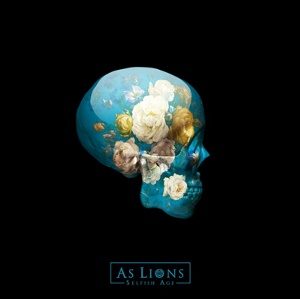