So. Strap yourself in. You have to read this review very quickly. Why? Because this album is delivered at ludicrous speed and don’t slow down for nobody no way no chance to catch up if you missed it.

Ready? Here we go. Pedal to the speed metal…

Opener ‘Hades In The Night’ references Hades abduction of Persephone, a violent metaphor for the changing of the seasons. The music’s fast, the vocal delivery is fast, the song is fast.

‘Pandora’s Box Unleashed’ tells of a naughty lady that didn’t do what she was told and brought chaos and destruction unto the world by opening a box that she was told not to but did and then had to take all the blame for everything ever. Y’know, just like Eve was blamed in the Bible when Adam was too cowardly to challenge daddy. The music’s fast, the vocal delivery is fast, the song is fast.

Ready for the next one?

The track ‘Ares, God Of War’ teaches us a lesson: war is bad. The music’s fast, the vocal deliv… yeah, okay, I know, you’ve got it now. If anything changes, I’ll let you know.

Telling of when the Olympian gods overthrew their father Great Kronus and freed the captive titans, ‘Lightning Crashed’ is an anthem to the rebellious spirit and a reminder that we really can overcome our vile oppressors if we want to. Somebody better tell the Amazon Queen referenced in ‘Penthaselia’ because she didn’t do so well. While you’re at it, tell the ‘Gorgon Medusa’ the same. Medusa was a woman so beautiful, men had to paint her as a demon because they felt so powerless in her presence.

Next track, ‘Aphrodite, Queen Of Lust’ tells of the irresistible goddess who was the very essence of beauty and lust.

Pause it a moment.

Is it me or is there a theme here? Something to do with men not being able to control their urges when it comes to women perhaps and dressing up their violent tendencies in metaphor and myth to somehow justify it? Surely not…

Anyway. Press play. Let’s see what else we’ve got…

‘Orpheus Charms The Gods Of Death’, that age old tale of attempting to use the power of music to sway the gods only to die in the process. Happy. ‘Thesus And The Minotaur’ sees a man step forward and slay the gods to whom his people were forced to sacrifice virgins because of a debt to King Minos of Crete. “Sacrificing” virgins? D’y’know, I suspect – and I might be wrong – that these virgins were all female and the word “sacrifice” is a euphemism.

Anyway, that leaves us with ‘The Odyssey’, a tale that reminds us that all these trials and tribulations that you go through on your journey through life will make you wise. Well whoop-de-fookin’-do. What a reward, especially considering that nobody will listen to you because you’re too old and too decrepit and too incoherent from all the blows to the head that you’ve suffered for anyone to take a blind bit of notice…

And then we have ‘Gladiators’, a cover of a track by an obscure Greek band called – wait for it – Gladiator to see us off. And it’s pretty good too. Maybe we should have heard of them.

Did I mention that the music’s fast, the vocal delivery is fast, and the songs are fast? They are. Very. They’re so fast I don’t know why I put full stops or commas in this review. And they’re very good too. You’ll find yourself coming back to this one, if you can keep up… 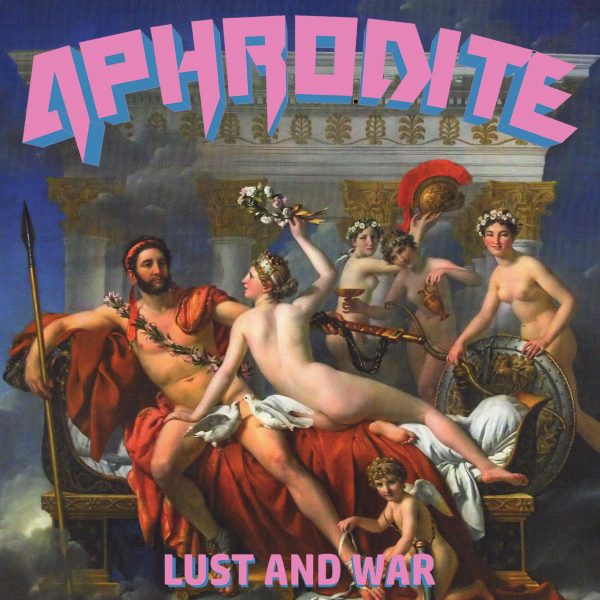