Songs to get married to…

AntropomorphiA have featured in these ‘ere pages before. Emerging from the boneyard of brutality after a decade-long break, they released the rather splendid Evangelivm Nekromantia (reviewed here) in 2012. Old school with a bit of black and doom to the darkness, it was a demented and ferocious bruiser of a record and showed that these Dutch delegates of death metal were, indeed, back from the dead and looking for many an eye to gouge out and many an ear to chomp upon. 2014 and Rites of Perversion appeared (reviewed here), a bare-knuckle bastard of death metal debauchery that breathed a very dark and long breath. No, I’m not sure what I mean by that either, but Rites… is still a very fucking good album from one of DM’s finest (and you lucky people can read what mainman Ferry Damen said about this album and much more here).

So now it’s 2016 and if two years is to be the time between records then a new album should be appearing about now, yes? Nope. Lest we forget – or had never had the (dis)pleasure – Metal Blade have brought unto those unfortunate enough to have missed the band’s early 90s releases a compilation of said material. First released in 2011 on a smaller label, Necromantic Love Songs brings together the 1993 debut with their 1992 Bowel Mutilation demo. New to these ears, it’s an impressive listen.

To hear what a band sounded like oh-so-many moons ago and how they have developed since that time is always interesting and early demos and initial releases provide much insight into what they are about. And in the case of this collection, it has stood the test of time and could have been released anytime in the past five years. Now, you may say dear reader (assuming at least one person has wondered this way) that this may be because reissues and bands emulating the “old school” style are in abundance but this sounds fresh. Or, rather, potent.

The demo material is gruesome, the kind of stuff that’ll have you pulling metal grimaces and contorting your body into all kinds of misshapen metal postures without your consent. Generic in places, in twisting the riffs into disharmony, discord and destructive depravity in idiosyncratic structures they stamp their own identity on death metal’s twitching cadaver. Reason enough for them to get signed, yes? And so, not long later comes the Necromantic Love Songs EP. Dark and dirty, AntropomorphiA dug deep for this fucker. ‘Crack the Casket’ is just filthy. Enhanced by some inspired vocal recording, contained, tight, gruesome and grim, it’s a mangled bastard of a track that only the grooved bass and grotesque guitar work of ‘The Carnal Pit’ can top. As for the rest, it’s like being hacked to pieces by some demented masked pervert. Barbaric riffs, sub-demonic vocals and nail gun drumming, this is a beast.

Re-mastered by Tore Stjerna at Necromorbus Studio for “the most eerie listening experience possible” and strictly limited and numbered to 666 LPs (333 LPs in 2 versions) and 1000 CDs, for fans that never had the chance to collect the original Bowel Mutilation demo or Necromantic Love Songs EP, this is worth possessing. And for anyone that hasn’t heard the band before, check it out – if only for the updated artwork. Until we get a new album, this will more than suffice. 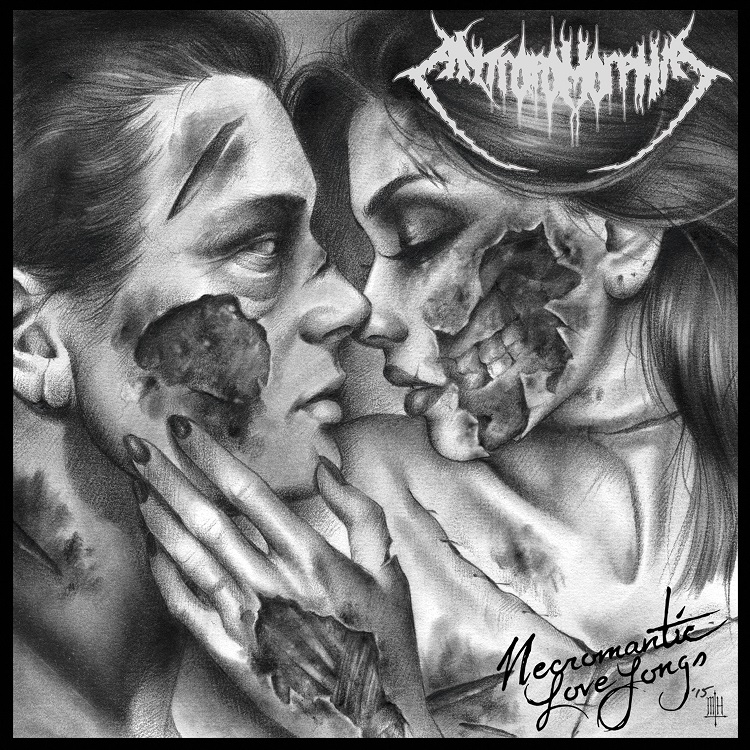