Playing crossover music of any kind can be a risky business. Get the chemistry wrong and a band can find themselves in no man’s land with no appreciable audience. Get it right then the results can be spectacular with a powerful sound that captures the best of several genres. Thankfully Anticosm fall in the latter camp and their latest full length, The Call of the Void, is an amalgamation of metal styles that’s sure to appeal to anyone who’s tastes veer towards the extreme. 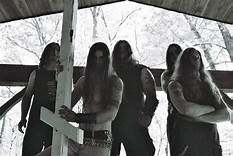 Despite fusing different genres, the reason The Call of the Void works so well is that the nine tracks contained within are played with a conviction that renders them authentic. The uninitiated might be surprised to learn that Anticosm hail from New Jersey because there’s a certain European feel to much of the bands music. A prime example is opening cut ‘Viral’ which is not dissimilar to Celtic Frost at their most avant garde. A brief intro gives way to a ferocious blast beat which quickly alternates with a chainsaw riff as Anticosm flit between the two, pendulum-like. In an intelligent use of light and shade a quieter mid section only serves to highlight the frenetic passages that bookend the song. The nihilistic burst that is ‘Someone Must Suffer’ follows over which vocalist Kirill Kovalevsky lays Quorthon-esque growls.

At just under three minutes ‘Scorched Earth’ is the shortest track on the record and, as the title implies, has a warlike quality and leans heavily towards a classic thrash sound with plenty of cool shredding. Beginning with an acoustic, almost classical, guitar workout the title track evolves into a furious slab of black metal and the contrast is quite arresting. Epic and atmospheric, like all title tracks should be, ‘Call of the Void’ also contains those classical guitar lines favoured by Iron Maiden and Rainbow. ‘Fall Asleep’ is anything but narcoleptic and succeeds in bringing all the bands influences together in a cohesive whole and the result is an impressive thrash/black metal hybrid.

The production given to The Call of the Void is a real boon and puts all the instruments on an even keel and it’s great to hear the bass strings being plucked. However with studio wizardry certain instruments are brought to the fore a specific moments, like on ‘Somewhere Between Life and Death’ when a fine, speedy solo seems to erupt from nowhere. ‘Behold the Venom Crystals’ and ‘The Only Truth’ continue in a similar, frantic vein and provide little opportunity for the listener to draw breath as we arrive at album closer ‘Never Enough’. That track starts with a classic NWOBHM style riff, that wouldn’t seem out of place on Wheels of Steel, before a drum roll heralds the coming onslaught. Like playing your Venom albums at 45rpm, it’s an adrenaline charged thrasher and, as closing statements go, it rates alongside Metallica’s ‘Battery’ and Megadeth’s ‘Hook in Mouth’.

While The Call of the Void isn’t strictly inventive, the unique chemistry with which Anticosm meld their favoured styles means that there’s a freshness and vitality about this album that makes it a worthwhile listen. 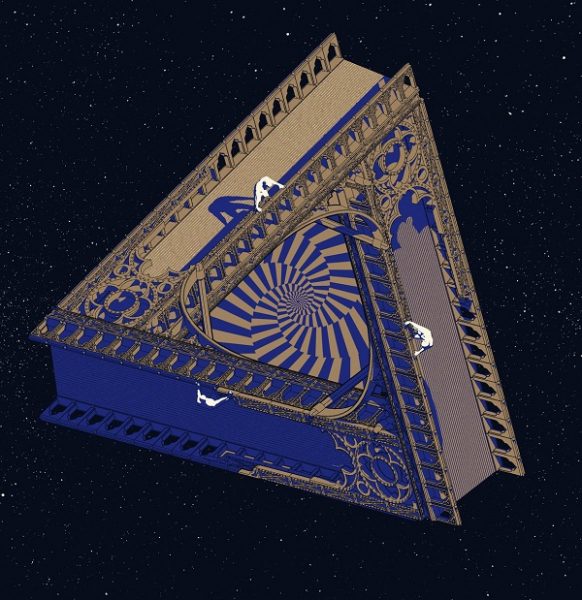