Angra have always been one of progressive power metal’s more enduring and innovating acts, always aiming to push the boundaries of progressive metal from release to release. However, on Secret Garden we see Angra streamlining their sound a bit. The incorporation of Brazilian-influenced music the band are well renowned for are only displayed on the odd occasion on Secret Garden, classic prog power is more embraced here and the album’s run time of 48 minutes sees the band pushing a more reined-in sound.

Chugging guitar rhythms, synth, keyboards and expressive shred guitar work form the sustenance of the album, and prog metal fans will have heard this a hundred times before. But Angra definitely do it as well as the majority of their peers here and the album’s more reined in approach doesn’t necessarily mean this isn’t a fairly enjoyable listen. Performances are still accomplished across the board and the songwriting is solid. Kikko Loureiro is one of metal’s finest guitarists and he still shows off his chops through the album’s run time, with exemplementry lead work and technical riff breaks. Angra aren’t afraid to get into the higher tempos on Secret Garden, which is a good thing as a lot of prog metal plods along at the same tempo from start to finish. The album’s second track ‘Black Hearted Soul’ hearkens back to the band’s power metal roots and is one of the tracks that can almost hold up to their best work, it almost wouldn’t sound out of place on ‘Aurora Consurgens’. However, the band never matches up the works of their glory years here.

The title track was a nice surprise on Secret Garden, defying conventions for an album title track to an extent. The track is made up of pleasant orchestration and makes the use of the guest vocal appearances well to make the track one of the more memorable cuts on the album. Speaking of which, the band secured appearances from Simone Simons and Doro Pesch, both of whom should need no introduction to any fan of this style of metal. The use of the guests is done well and is a good addition to the album.

If you go into your first listen of Secret Garden expecting Rebirth or Temple of Shadows part two then you are going to be disappointed. However, if you go in with reduced expectations then Secret Garden should provide a fair amount of enjoyment for fans of this style. For people looking to get into progressive metal, this isn’t the album that is going to do it. Secret Garden is a solid effort of prog power, but doesn’t quite live up to the quality you would expect from the Angra name. In a genre that is home to some of metal’s mightiest acts (Anubis Gate, Dream Theater, Pagan’s Mind etc.), Angra find themselves slumping from sharing a spot in the top tier of this genre with these acts, and  finding themselves on a similar level as aspiring band’s in this genre. Secret Garden is a solid and enjoyable release, but not a one I will be reaching out for much in the future. 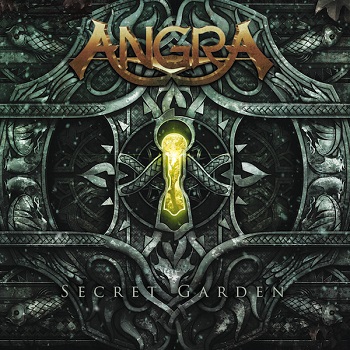