Angel‘s Sinful (1979) is just filled to the brim with great pop-becoming-rock songs – proto hair metal, with the same clearly audible seventies hard rock undertones as its predecessor. Part of the songwriting secret was the fact that Gregg Giuffria, vocalist Frank Demino, guitarist Punky Meadows and drummer, Barry Brandt all contributed, in various combinations. The “feel” of each song differed slightly depending on the writers who created it.

Eddie Leonetti’s production was condemned by fans for being underpowered and over polished, and there’s merit in that argument. Looking back, you might conclude that too often the band’s fragile harmonies and catchy tunes were badly served by the primitive recording techniques of the late seventies, especially on the “pure” AOR tracks like ‘Don’t Take Your Love’ and ‘Waited A Long Time’. They’re trying to soar, but just can’t reach escape velocity.

Elsewhere, sturdier but eminently tuneful tracks like ‘LA Lady’ and ‘Bad Time’ bully their way into your face and your mind. They’re hardly belligerent or bombastic, but the emphatic arrangements -bringing up the guitars and using the keyboards as punctuation – carry these songs over the line with energy to spare. This remaster, as with White Hot, carries two bonus tracks, ‘Virginia’, written for the soundtrack of “Foxes” movie. And a cover of the Left Bank’s big sixties’ hit ‘Walk Away Renee’.

But still that bigtime breakthough proved elusive. Labelmates Kiss had exploded into the headlines with the multimillion selling Kiss Alive, thus Angel were afforded a live double with Live Without A Net, in the belief this would do it for them. It didn’t. It certainly proved that live they came alive, but it just didn’t sell in any volume. And still, it’s well worth owning, if only, amongst others, for an aggressively infectious version of ‘Tower’ and a whipsmart run through a cover of Mott’s/Bowie’s ‘All The Young Dudes’.

Sinful had been the band’s fifth and last studio album, a final tilt at fame and fortune. It failed commercially and the band members went their separate ways. Looking back, it’s clear that Angel paved the way for the rise and rise of the Glam/Hair metal phenomenon in the eighties. Regretably, some bands just peak too soon. 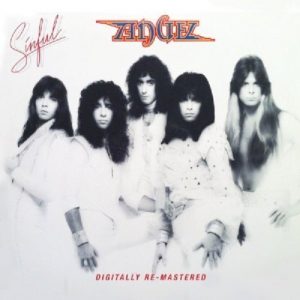 Live Without A Net: 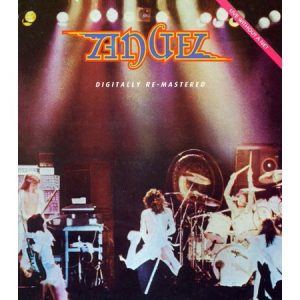