A rite. That’s how Ancient Lights refer to their debut album, and they’re…right. It’s a solemn act, usually a religious experience. Something you are a part of, you endure, pass through to another level. A ceremony, a ritual, a celebration – an almost transcendent moment. And that, dear reader, is exactly what Ancient Lights have given us.

This debut album weighs in at a hefty 70 minutes – it’s a double in all but name – and several songs stretch comfortably over the ten or even fifteen minute mark. This ain’t no 3 minute Spotify earworm kids – this demands your full attention, a commitment, a belief. See, a rite. You’ve got to pay to play.

The first hymn is the epic ‘Decaying Lotus’. Its gentle noodling begins to build in power and menace, becoming a fearsome drone. Layer upon layer of noise is added, hitting you like waves, washing over you. It exists in its own space – a monolith, blocking all light. Eventually the tide recedes, leaving a squall in its wake. Vocals for this, and the rest of the album consist of (probably) wordless monastic chanting, buried deep in the mix, digging into your subconscious.

By now you’re buckled in and ready, you know you’re in for a long trip. ‘Temple Ghosts’ arrives in a glorious blast of feedback. That guitar sound – it’s the aural equivalent on The Event Horizon – it’s been somewhere very bad and brought some of it home. ‘War Of Attrition’ takes its time, 3 minutes in and there’s still no definite rhythm. It slowly gets bolted into place, a huge, immovable framework. And then you realise that’s exactly what this is – a minimalist, 8 minute bare bones frame. No adornment, no bling. Brilliant.

Amps rattle under the strain of these songs. The drums create a monolithic thump, the bastard lovechild of John Bonham and Mo Tucker. ‘Asakai Dasa’ is fearsome, full of up-to-11 guitar abuse. I don’t know what these instruments have done to deserve this, but they must have been baaaad. Like Crazy Horse at their most amped up and confrontational, this is just immense. It’s total noise, noise as catharsis.

The two seventeen plus minute songs are as humongous as you’d expect. Noodling mixes with relentless barrages of noise that crush the air from you. Jurassic guitar creates a sound akin to an awe-inspiring end of days war machine cruising ominously overhead. ‘Vessel Of Inevitability’ is positively bionic compared to what has come before. The riffs are immovable, standing their ground, contemptuous of us tiny mortals.

It’s an astonishingly primal and heavy album. There are hints of Earth but with way more guitar. It’s the sound of Hells orchestra warming up. Drone doesn’t do justice to the sheer heaviosity of these songs. It’s the sound of continents shifting, icebergs splitting, mighty Redwoods being felled. It’s natural, elemental, in tune with the pulses of the earth. It needs to be experienced as a whole, in one sitting. And hey, whoever these monks are, I’m leaving behind my worldly possessions, donning a habit and joining their order. 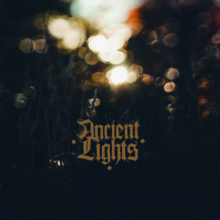