This is an album that’s easy to get lost in. Its uncharted waters switch from still to choppy and everywhere in between. On the opening title track the band pitch their unique combination of electronic keys with harsh indecipherable black metal vocals. So while the inner rhythms that lie within the core of the song are smooth and dexterous the outer shell is far more hostile and abrasive.

The mercurial Dutch masters have a chef like ability to bring together two distinct flavours and whip up something holistically grander as a whole. With electro echoes that stretch back to the likes of Indie legends New Order, the impetus extends into ‘New Hope’ and the emotive ‘Hiding in the Dark’. Some of the majestic melodies are warm enough to melt a snowman. An Autumn for Crippled Children’s expansive reach conjures up some beautiful shapes, even if hints of gloomier days are never far away.

The spine-tingling ‘Lovelorn’ is a sorrowful instrumental lament that the Cocteau Twins would be proud of while vocals again are seemingly absent on the slightly edgier ‘Fragility’ until they kick in venomously towards the end in a style reminiscent of the likes of the inimitable Bossk. The crush velvet melodies, even when cushioned by scraping harsh vocals, make this album more engaging than the likes of Wiegedood and Conjurer, although on ‘Still Dreaming’ the Dutch trio do descend down a darker path before the curtain comes down with ‘The Golden Years’.

An Autumn for Crippled Children allow the music to speak for itself, although not in the literal sense as you’d have to be an exceptional linguist to untangle the verbal spaghetti vocal cries. Equally, artwork is usually monochrome and minimalist with no band pictures. The intention is to allow the music the freedom it deserves and all expression is channeled through that. The Light of September is a melancholic slowburner and there are still plenty of dark nights ahead for which this bewitching album would be the ideal accompaniment. 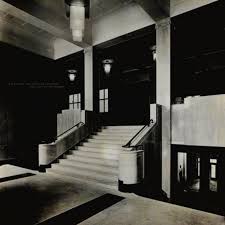 Released via Consouling Sounds on 14 September, 2018