Award-winning vocalist/songwriter and member of The Beatrix Players, this is Amy Birks’ sophomore solo album. The 12-song strong In Our Souls takes the singer’s fondness for the Bronte sisters a step further. Not just that she adds music to words written by those authors of yesteryear, but that she soaked herself in the atmosphere of not only their work but the environment they grew up in, visiting such locales.

Several steps forward from the previous All That I Am and All That I Was, we might consider that title something of a little white lie if we are to read into some of lyrics present on In Our Souls, if they indeed reveal more of her personality, and past. The record also benefits with a fuller band sound, not least members of The Beatrix Players. Manning, and a returning John Hackett on flute, on what is progressive music with a classical edge.

Picture an autumn afternoon, outside the rain has passed but droplets fall from trees whose leaves remain unsure if they should yet to turn from green to gold. A piano plays simply but with notes well considered to suit the weather, a cello bows-away in sympathy, as Birks’ voice melodic while in narrative mode recites lines from Charlotte Bronte for ‘In Our Souls’. Harmony voices enter the frame, acting in sympathetic refrain but in reality; they are covertly offsetting a more military percussive element takes hold underneath, even as piano figures prove more strident in their runs, strings soaring higher towards what proves to be a climax. A work of contemplative reflection acting as overture, to some degree.

The pace picks up with ‘Hold On’, with similar instruments at work, before taking both rockier and classical routes and a moment or two of dance electronica too. Mystery and suspense, in a classic Gothic manner, there are similarities to early Kate Bush but that can’t be a bad thing. The lyrics themselves would appear to seek to purge personal harm and tragedy. Such thematic values may also be at work in ‘Elsa’, prior to psychological healing, the music itself a more flowing folk rock come pastoral orientated classical progressive piece.

Haunting strings strike amid anguished but whispered questioning, pleading ever louder as effects give the impression of someone wading through deep marshes. The song then moves in a military funeral manner, with violin taking musical precedence, save for a short electric guitar solo. As the title suggests ‘Brothers’ is the subject of family strife. Moving from Hounds Of Love-era Kate Bush to more violin-inspired Curved air, it’s possibly one of the more traditional progressive rock tracks on the album, though it doesn’t entirely work for me. By contrast, ‘The One That Got Away’, while again saying it all in the title has few comparisons to other works, beautiful in its execution, most especially the bass guitar work moulding itself in and around the vocal melody. What’s more – and please don’t take this the wrong way – I could easily imagine a young Cilla Black having done a fair rendition of this.

Emily Bronte’s words are used in ‘A Death Scene’. Piano and violin are at the forefront here in a work not a million miles removed from The Scorpions’ ‘Born To Touch Your Feelings’, an act whose name few would have put bets on seeing alongside this review, I daresay.

‘The Woman In White’ is ghost story, dream or psychological mystery, with rippling piano and haunting taking us through this piece. ‘The Dream’ featuring words by Anne Bronte is more direct, peaceful, a mild then resounding ballet of classical instruments evoking atmospheric sound. ‘Goodnight For Now’ might well be a sister song to ‘The One That Got Away’, offering a more mainstream strong structure alongside melodious bass once more. Similarly, ‘Living In Sin’ seems to take relationships considered in the previous number alongside those of ‘Hold On’, the music here epically arcing towards considered resolution.

Moroccan textures mesh with more traditional folk elements, spinning a diverse musical web in ‘Cannot Contain’, Birks’ voice acting as incantation, as if to purge herself of a more troubled past. That an instrumental rendition of ‘In Our Souls’ then completes the circle, leaving a smile on the face as it gently plays out, a good thing, I believe.

What’s apparent throughout this album, is that while Amy Birks’ debut was distinctive with innovative sounds and musical themes at work, here the songs themselves are far more complete. All those clever tricks, stylisations and genuine talents from all concerned are now brought to task, benefitting, embracing and enhancing a strong set of numbers. Much as I admire In Our Souls, I can’t help thinking we’re only just beginning to hear what Ms Birks is capable of. 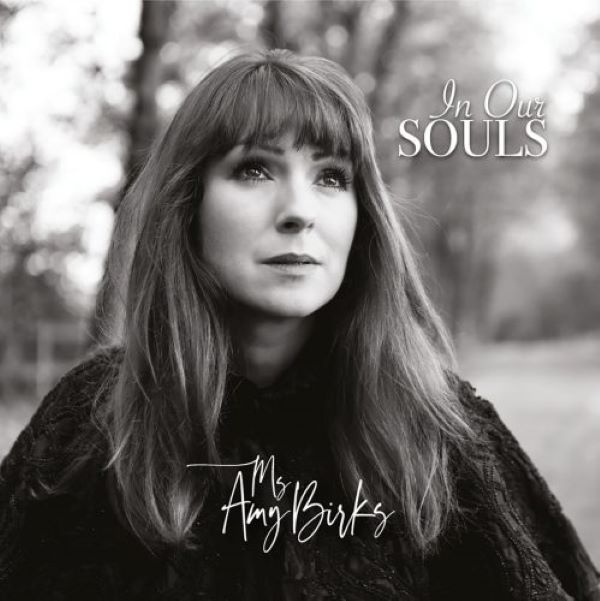