Something happened tonight. I’m not altogether sure what it was but something happened tonight and I’m yet to understand the full effects of the experience. Having witnessed Birmingham’s Khost (Bandcamp; Facebook) at the Hare & Hounds in Birmingham recently in support of Anaal Nathrakh, I kind of knew what to expect from their set, and maybe it was the performance or maybe it was the intimacy of the venue or maybe it was both, but somehow this evening their set had much more impact. With nowt but a very-down-tuned guitar and bass, a down-and-very-doomed vocal, a dragged-down-to-hell-tempo drum machine and unnerving sounds and samples in their armoury, the darkened duo cast a menacing and discomforting shadow that loomed long and large over this riveted audience.

Before their set, Aluk Todolo (website; Bandcamp; Facebook) prep the stage – by which I mean switch on a light that projects the band’s sigil against the back wall and suspend an over-sized light bulb at the front of the stage at the eye level of the audience, switch a light on beneath it to both illuminate it and cast an enigmatic shadow on the high ceiling above us all. And there they leave us, atmospheric music playing over the PA and a distinct sense of anticipation in the air. After a while, the lights go down, darkness surrounds us, and the three musicians make their way through the crowd to the stage and take up their instruments. Applause. And then, quickly, silence. What comes next is part performance, part composed exploration, part ritual, and part passage into something almost ineffable.

Quickly subsumed by the unfurling hypnotic textures and penetrating rhythms that emanate from the stage, the musicians, their instruments and the crowd soon blur into the room and its imposing blackness to leave only the suspended bulb to radiate its incandescent response. Rhythms pulsate and beats throb, bass grooves captivate and enchant, and contorted chords and incensed and passionate passages converge amid layers of delay, reverb and feedback. Intensifying as it makes its ascent, the music moves ever forward, ever onward and ever deeper into the collective mind of the mesmerised crowd, its heads, feet and bodies taken to the tide that washes in, over and through them. Faces disappear into darkness, the room disappears into nothingness, and a transformation, maybe a transportation takes place. And we are nowhere but in some very present space between words and worlds.

Condemning, cathartic, euphoric and cacophonous, the trio’s colossal voice carries us over into some vehement and vigorous space beyond the self, beyond the tangible and far beyond the existential into the mystical and the magical. While the guitar goes down and the effects box is taken up to give some sort of shape to the feedback and the noise, the bass and the drums propel the magnificence. Ever-shifting and ever-evolving, and with a curious tranquillity at its centre, the performance of their gargantuan shape-shifting compositions overlap and intertwine for an overwhelming and all-consuming experience. Ritualistic and tribal, psychedelic and enthralling, the rhythms, dynamics, moods, textures, tones and timbres are compounded with a meditative determinism that make this one-hour performance feel like an eternity in an instant. And when the music’s over, temporarily stirred from their diurnal slumber, the senses and the spirit return to the room simultaneously charged and beaten. Like I said, something happened tonight. I’m not altogether sure what it was but I’m yet to understand its full effects… 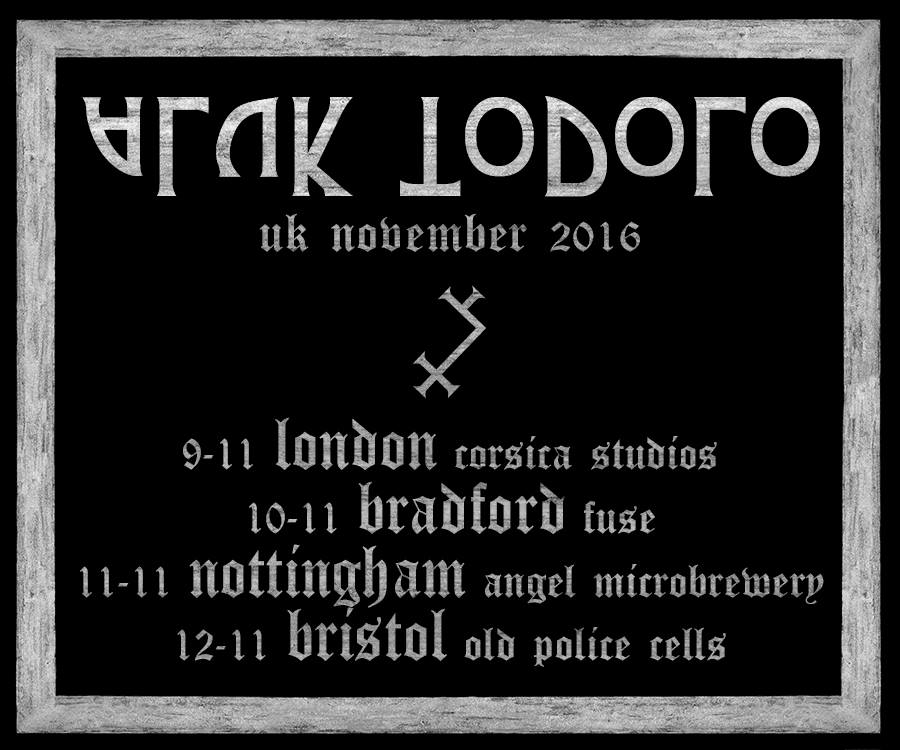