As good as it gets…

Released via Napalm Records on 7 October 2016 and reviewed by Nathan Daniel.

Creating a new album has the potential to be a very daunting task if you’re a member of Alter Bridge. There are reputations to uphold, like your singer having the greatest voice in Rock, all of your albums receiving a high critical appraisal, your last release charting at #12 in the Billboard Top 200 and endless comments surrounding your band’s place at the pinnacle of a genre that spans over 50 years. That’s without considering that the band’s spearheads Myles Kennedy and Mark Tremonti lead very successful projects of their own outside of the AB camp; fronting Slash and The Conspirators and Tremonti respectively. The band has still managed to find the time, however, to produce one of their finest efforts to date. Beginning work at the advent of 2016, just ten months later the four-piece find themselves edging ever closer to the album’s release date, following relentless graft; a process in which they’re most comfortable working in.

As can be found with many current releases, Alter Bridge has made a shift towards denser, more challenging lyrical themes; ones that discuss politics and the world’s ever-changing, volatile social climate. Where the album title The Last Hero may appear at its surface to be a “baby’s first Metal band” sort of name, it does have substance. The self-titled album finale is a cry for a saviour, interpretable for any situation, but presumably to be in direct relation to 2016 America and it’s political uncertainty. Singer and guitarist Kennedy speaks of the record as a whole, stating that it is “definitely an exploration of the hero theme – whether it be the lack of heroes, the need for heroes, or a tribute to heroes.” Similarly to the title track, opener and lead single “Show Me A Leader” gives definition to the album’s key mindset and calls for the necessity of a strong leadership in the USA, and hence a strong system. As an opening track should do, it also sets the tone of the album musically. Quintessentially Alter Bridge, it begins with a long, rhythmic intro that breaks into pummelling verse and a desperate, yet uplifting chorus. It’s heavy and melodic in perfectly equal measures, even denser than previous material with the debut of Tremonti’s monstrous seven-string.

In continuation of pushing their boundaries, the band have also implemented several new tunings and made sure to include more melodic and uplifting elements to draw away from their predominantly dark sound. Regardless, it’s a sound that is instantly recognisable and Kennedy’s voice, an instrument in its own right, is used to overwhelming effect. “The Writing On The Wall” has a heavy, pulsating rhythm section with Brian Marshall and Scott Phillips slamming hard, with “The Other Side” continuing in a similarly, crushingly heavy vein. Vocal proceedings open with a soft whispering before Kennedy unleashes his high-pitched and soulful sound; it’s a voice that’s very difficult to describe and do justice in doing so. It nails so many different keys, pitches and octaves with effortless ease and in a way that so many others could only wish for; just one element that makes Alter Bridge so damn good. “My Champion” and “Poison In Your Veins” achieve the more uplifting and lighter sounding elements that the band set out to strive for on this record, spirited choruses and all. They’re a vast change in key from the songs prior.

The Last Hero switches thing up things up even further in its mid-section, with the more delicate and gentle “Cradle To The Grave” and “This Side of Fate.” The former has strings not far from a Spanish guitar sound and Phillips’ usual skin and china bashing is reduced to something much more reserved. There’s a chorus huge and dark in uncertainty, too, with the highly resonant lyrics “From the cradle to the grave, it’s a fear I can’t escape. Where would be my hiding place when you’re gone?”

The latter of the two tracks is ballad-like and nods towards older songs like “Ghost of Days Gone By.” Instrumentally slackening off and toning down the intensity in songs like these only push Kennedy’s vocal prowess further to the forefront, with next to nothing to distract from it. It’s also one of two tracks on the album that comfortably span seven minutes, feeling not a moment too long (dedicating yourself to an album of nearly 70 minutes is a rarity in this day in age, though.)

All throughout the record, even during its heaviest parts, it retains the most pristine and clean production, aptly fitting to Alter Bridge’s stadium-filling status. This is evident in what is probably the heaviest track on the album: “Crows On A Wire”, with its thunderous bass and bone-crunching, weighty riffs. It showcases one of many concise, punchy guitar solos, too – a component that bands like this can often overwork and make tedious. The Hard Rockers’ reputation of consistency is more than upheld for the duration, with not a substandard song to be found and twists and turns in all the right places, like the teasing breakdown that never comes during “Losing Patience.” The self-titled is an emotional tribute in itself, but also a fitting tribute to close an album of such dexterity and musicianship. It features what is probably one of the band’s most finely crafted solos to date, too.

It’s difficult to tell whether this is Alter Bridge’s best album, as they really do have nothing bad to compare to, and there’s no telling as to whether they’re even anywhere near reaching their peak yet. Casting that aside, though, it is little short of a masterpiece and as each of the band’s new records demonstrates, one of the finest Rock records around. 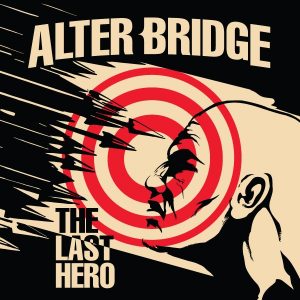