Alice Cooper returned to Birmingham with his customary macabre theatrical show that this time around featured the added bonus of seeing him reunited with original Alice Cooper Band members for the first time since 1975. Joining Alice in performing a mini-set after the current band had rocked the Arena for the previous hour were bassist Dennis Dunaway, guitarist Michael Bruce and drummer Neal Smith who treated the crowd to joyous versions of ‘I’m Eighteen’, ‘Billion Dollar Babies’, ‘No More Mr Nice Guy’ and ‘Muscle of Love’. It was heart-warming to witness Alice rekindling his friendship with his former bandmates and for those closing twenty minutes you got a small sense of what it was like in the early 70’s.

Alice himself remains in fine form and the show encompassed his entire career right through to current album Paranormal. Flanked by the triple-axe attack of guitarists Ryan Roxie, Nita Strauss and Tommy Henriksen, Alice shows no signs of slowing down as the opening assault of ‘Brutal Planet’, ‘Under My Wheels’ and ‘Lost in America’ more than proved. With the roadies and techs in full skeleton costumes along with Alice’s numerous outfit changes the setting was a visual overload of shock horror that complemented the likes of ‘Feed my Frankenstein’, ‘Poison’ and ‘Paranoiac Personality’.

‘The Ballad of Dwight Fry’ was notable for the appearance of none other than Mrs Cooper herself in the role of Nurse Sheryl, taking delight in seeing Alice put in a straight-jacket before he was led to the guillotine. The stage antics that go along with the Alice Cooper live experience may be familiar but they never grow tired and when it is so entertaining why would anyone want it to change. And after the aforementioned nostalgic filled encore new collided with old head-on when all of the band members came back on stage for an explosive finale of ‘School’s Out’ 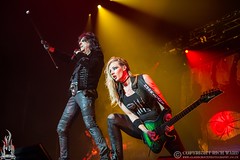 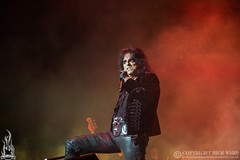 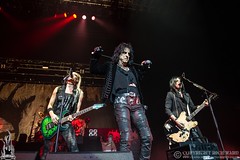 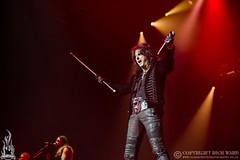 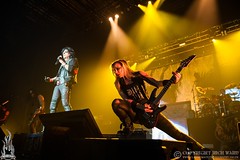 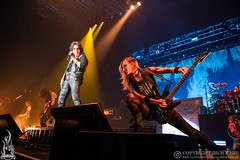 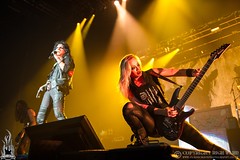 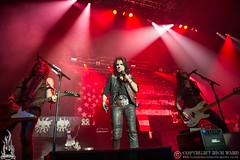 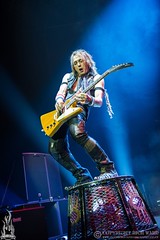 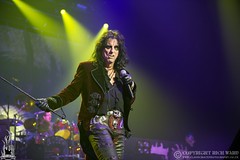 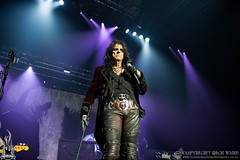 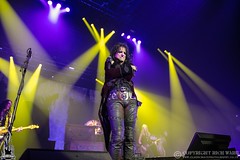 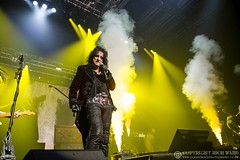 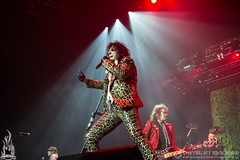 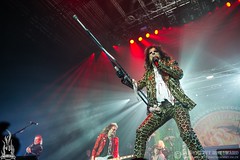 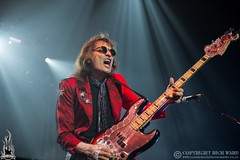 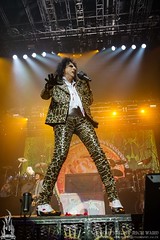 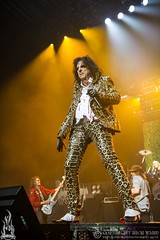 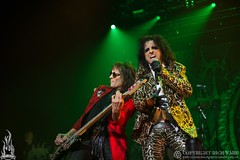 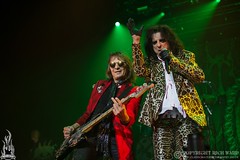 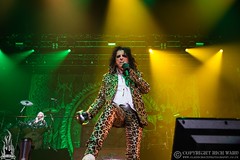 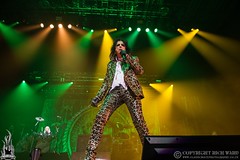 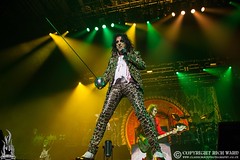