Anyone contemplating putting their head in a vice and then winding it up until their eyeballs pop out of the head can achieve roughly the same result, with infinitely less mess, by turning instead to this engaging three-track EP from Alastor. This is the debut release from the Swedish newcomers of whom not a great deal of light can be shed with each of the four members recognized by a single letter alome. Maybe they felt to reveal more of themselves would merely deflect attention away from the music itself.

The style is traditional old school doom with the requisite volume of satanic imagery and references. Opening track ‘Enemy’ is crushing, a relentless pounding rhythm that swarms over you as surely as a plague of locusts. This is monolithic in its overpowering heaviness while such is the measured tempo that I’m sure we’ve just been overtaken by a hearse.

‘Enemy’ stretches things out to around 11 minutes and rarely deviates from its path of raw doom ingredients. A resolutely rumbling riff takes us through the first four minutes until the wailing tones of vocalist R join the swirling sonic grooves. The tempo is seductively slow, with an even metronomic beat that you could set your watch to. You can almost feel the mist engulfing you as the weighty percussive layers gently tumble inextricably towards you. 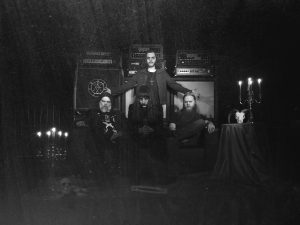 ‘Nothing To Fear’ is another stupor sensory overload, fuzzier than a box of fuzzy felt (younger readers, please Google). Peer through its hallucinogenic haze and you’ll just about detect a healthy groove burrowing away at its epicentre. There’s a crushed velvet laziness to the psychedelic rhythms which are slow enough to catch with one hand and yet audaciously invigorating and headspinning at the same time. There’s even a couple of hooks here to hang your rucksack on. The final minute is a distorted hazy headtrip that will leave you spinning like a seaside fairground Wurlitzer.

While Alastor may well be newcomers you feel that the four band members have probably clocked up plenty of miles with assorted other Swedish underground acts such is the depth and quality of this release. The final title track is a 15-minute slab of seductive sorcery that approaches the doors of doom in a similarly silky vein as Electric Wizard. Evenly paced, but with an infectious groove to keep things in check, ‘Black Magic’ is as deliciously dark as a box of chocolates. It begins with a bassline tickled so far down its neck  that you can barely make it out through the steadily building throb. Once the whole thing clicks into gear another defiantly slow march begins, destination unknown. 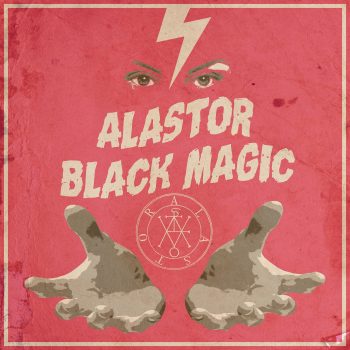