Reviewed by Brian McGowan and released by Cherry Red Records May 2018.

Breton Alan Simon‘s Progressive/Symphonic/Folk Rock series, based on Arthurian legend, has proved to be hugely popular in Western Europe, yet has continued to bump along under the radar in the UK.

It’s gained some traction recently, as word of its pan European content, and its success in France and Germany filtered through to these shores. Consequently, the first three CD releases in the series have been repackaged and reissued by Cherry Red Records. We reviewed Excalibur IV a while back (here).

Upfront, even a cursory piece of research reveals that the recording of an Excalibur album is a massive logistical task . . . Simon travelled and recorded all over Europe. He went to where the artists/musicians/orchestras were. He didn’t wait for them to come to him.

Arguably then that’s a nice metaphor for the music, as each album is a primarily a network of interconnected musical motifs, bristling with ideas, with each song treated as an individual entity and allocated its own musical resources.

Excalibur I – The Legend Of The Celts

When you’re in unknown territory, you might expect the most familiar voices or indeed the dramatic orchestral pieces to have the biggest impact. Like Roger (Supertramp) Hodgson showing the lightest of vocal touches on the Byrdsian ‘The Clemence’, or the Prague Symphony Orchestra marrying their classical nous to Carlos Nunez’s Galician Bagpipes, behind a fabulously authoritative, but unnamed female soloist on ‘Ad Libitum’.

But it’s the honey sweet vocals of mezzo soprano – and relative unknown – Nikki Matheson, on ‘Morning Song’, and the contemporary folk rock sound of Bohinta – full of rich, melliflous vocals and the occasionally gritty textures on ‘Morgana’ that impress most, if only because they create the sense of free spirited fantasy that seems to be the album’s aim.

Simon attracted more A listers onto the second album. First up, there’s Alan Parsons on a stylish, acoustic slice of Gallic folk rock, ‘The Celtic Ring’. As opening tracks go it’s surprisingly conservative, only livening up when he introduces a short burst of scenic cantata that seems to be over almost as soon as it begun.

This time it is the familiar tones of the eternally durable and (almost) always classy Fairport Convention that catch the ear. Recent albums have perhaps laid bare a band stumbling past its sell by date, but ‘Pilgrims’ and ‘Dragon Breath’ remind us that few bands capture so well the distinctive sound of traditional English folk songs, whether written yesterday or today.

More of an eclectic guest list this time, with Billy Preston and Mick Fleetwood mingling with the great and the good of the folky/proggy world. Moya (Clannad) Brennan’s intimate, ethereal tones and John (Supertramp) Helliwell’s rasping sax bringing a level of gravitas to ‘Sacred Lands’ and ‘Evil Day’ respectively, bringing to life the themes of tragedy and loss and emotional betrayal that litter Simon’s writing. But it’s probably ‘The Wind Of Celtic Dream’ that wraps the whole thing up in a spine tingling 3 minutes of wistful, melancholy moments, thanks to a solitary flute and the held-back might of the Barandov Symphony Orchestra.

It’s very easy to see how Alan Simon’s mammoth musical undertaking transfers so well to the stage. The music fits the storyline, but is strong enough to stand on its own. His hand picked selection of artists don’t grandstand . . . they’re in tune with the narrative, and keep it moving forward. A perfect combination. 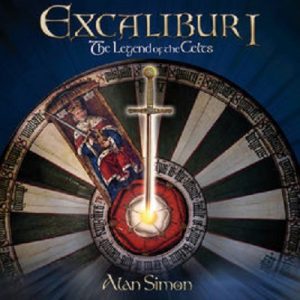 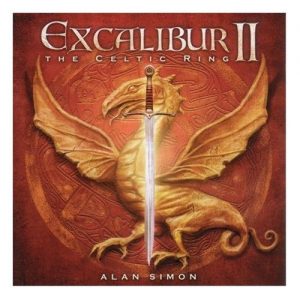 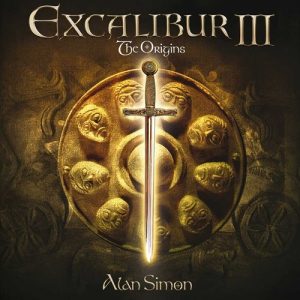