It’s time once again to spin the globe of the world and today we land in the South American country of Chile. Unlikely as it may sound, the capital city of Santiago has given birth to Aisles, one of the most acclaimed prog rock acts of the southern hemisphere. Formed back in 2001, they have cleverly deviated from the norm by exploring a route of sublime wider musical elements that are key to the genre. With four studio albums under their belts they have returned to the studio to cut live versions of a cross section of their compositions which has been released as mini album Live From Estudio Del Sur.

Clocking in at 25 minutes this fluid and charming release provides a nice sampler to open the door to their back catalogue which contains expressive variances of rock and spacey electronic fusion. Meandering between classic Genesis and The Flower Kings ‘Clouds Motion’ is a melancholic piece from their debut album The Yearning. This long term live favourite has been reinvigorated on this release with maturity and depth coming across in spades courtesy of some fine production. The musicianship shows off some genuinely interesting moments which drive the song along. From a finely balanced build up of delicate guitar tones to some adventurous melodies and rhythms the track bounces along a journey to mesmerising effect. The binding agent holding it all together is delivered by Juan Pablo Gaete on keyboards who helps make this a classy piece.

‘Shallow And Daft’ is a kind of 80’s pop pastiche. Sebastian Vergara’s vocals are at times so reminiscent of Duran Duran that it is almost creepy. But it actually works as they have blended it all together to produce a catchy upbeat number with a modern level of progressiveness injected right through the middle. The final couplet of tracks are originally from the ‘Hawaii’ album released in 2016. ‘Still Alive’ is a sad lament with its tale of hopelessness portrayed through a Steve Hogarth Marillion style vocal performance. Very much a slow paced number which just about makes sure it doesn’t outstay its welcome. The rousing ‘Club Hawaii’ wraps things up perfectly as it moves up and down the gears. It feels like a sci-fi adventure with futuristic keyboards and robotic female spoken vocal segments. The high pitched voice of Vergara pulls you into the core of the track as he tantalises the listener to embrace this wonderful fusion of jazz, metal and rock all accompanied with a splash of epic grandeur.

This is ultimately a very clever release which shows what can be achieved by playing live in the studio. It is refreshing show of great musicianship which has added that little bit extra to the original recordings. Embrace all four numbers by watching the accompanying videos on You Tube to see some music that is most definitely worth exploring.

If all of this tickles your tastebuds then an investment in the two disc concept album ‘Hawaii’ will provide further satisfaction. With its story focused on a group of space living people who are able to preserve some of the heritage of mankind after Earth is destroyed. 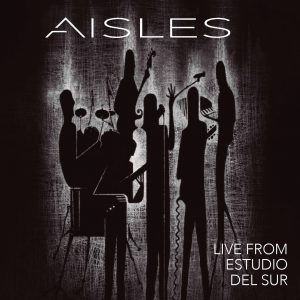