Not one for the feint-hearted, Absolution’s long awaited debut album is an exploratory journey through the worst recesses of mankind all channeled through a face-shredding death metal soundscape.

As anyone whose caught these bestial Brummies live in recent years knows to their cost, Absolution provide the scorching savage soundtrack to some of the UK’s most notorious serial killers. Album opener ‘Hanging by a Thread’ is a case in point. It highlights the infamous 70s post office killer Donald Neilson who also took the life of a teenage girl before justice finally caught up with him.

Death metal has always preyed on the dispossessed and the damned but what sets Absolution apart is that their vitriol is directed at real people rather than some kind of zombie populated apocalyptic gorefest. You don’t need to be overly familiar with Roger Frisby to imagine at least some of his crimes when the song that captures his appalling acts is titled ‘Gas Mark 8’. The following ‘Shallow Graves’ shouldn’t need further explanation for those with even the most cursory of insights into Myra Hindley and Ian Brady. 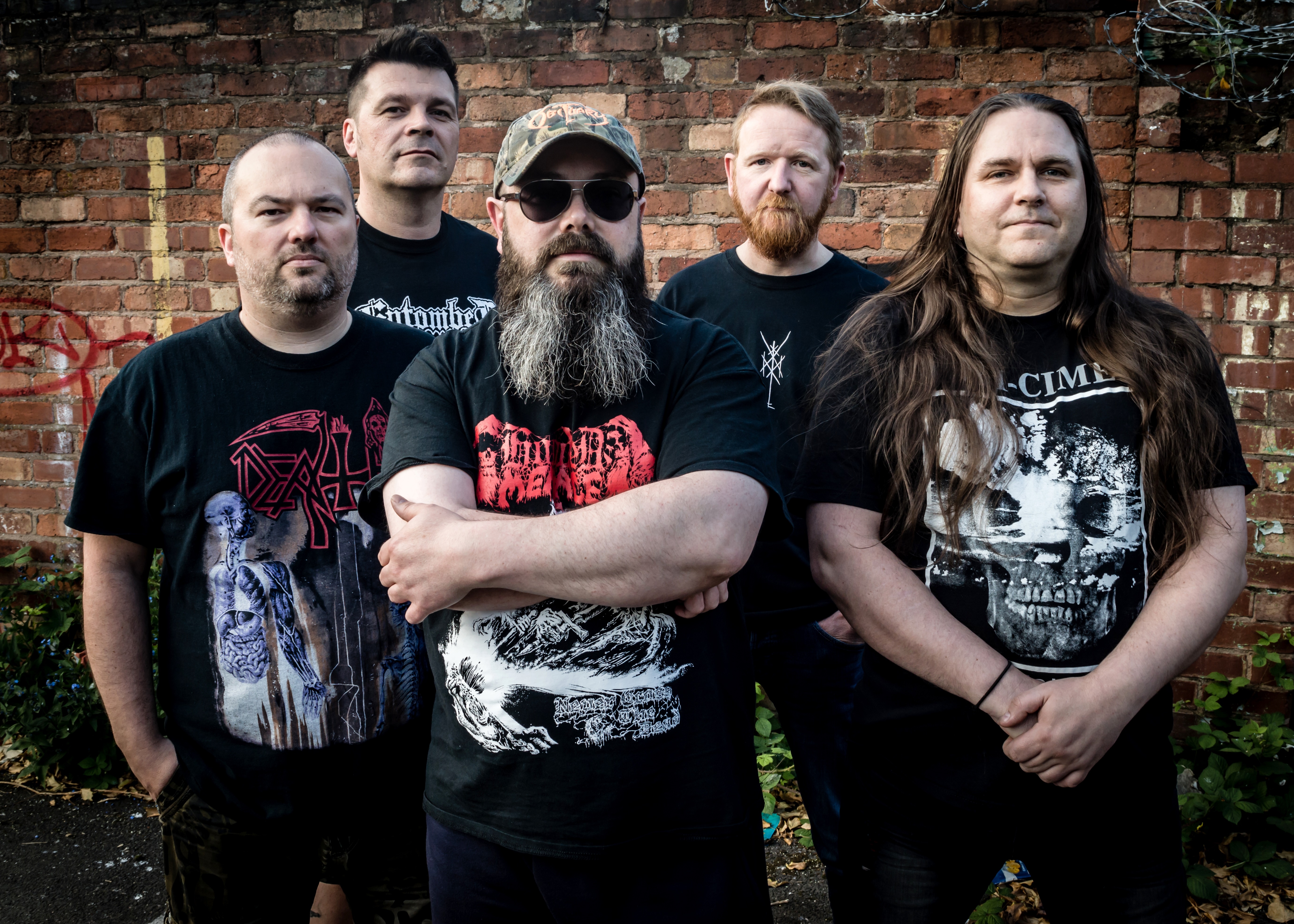 Absolution don’t revel in these most gut-wrenching of crimes they simply take them as a platform from which to channel their anger. The disgust permeates through the graphite growls of frontman Neil Hadden while sticks spinner Jason Woods goes through the kind of intense workout normally reserved for a particularly grueling gym session. With a dead-eyed bass chug from Ian Davis always in the mix, Richard Harwood and Adam Jenkins execute their old school buzzsaw riffage to help give the songs direction.

Turn the clock back 20+ years and Absolution was a name with plenty of admirers among the city’s underground fraternity, having been put together by ex-Benediction bassist Paul Adams. They shared stages with some of the genre’s giants, Cannibal Corpse among them. In recent years the Absolution name has again resurfaced at some of the city’s select subterranean venues. This album in many ways is a testament to their dogged determination and never-say-die spirit. It features six new tracks and three re-recorded songs previously only available on Absolution’s 1992 demo Remittance of Penance.

Tracks like ‘The Flesh and the Fiends’ and ‘Love Sick Mind’ featuring wonderfully sick lines such as ‘it’s always a palaver to find a cadavar’ may make Confessions of the Iniquitous unpalatable listening for some. But for those with washboard stomachs and an insatiable appetite for filthy old school nose-breakers that highlight the depths that some sorry excuses for human beings can plunge, Absolution will not let you down. 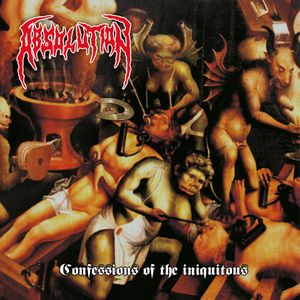 Confessions of the Iniquitous was released via CDN Records on 2 October.

Absolution will be playing at Darkness over Derby on Sunday 21 October.