British rock band Aaron Buchanan And The Cult Classics are pleased to announce that they have signed to Listenable Records. To celebrate, the band and the label are releasing a Special Edition of the album ‘The Man With Stars On His Knees’ on Friday 22nd February featuring five brand new bonus tracks, consisting two brand-new studio tracks ‘Undertow’ and ‘Fire In The Fields Of Mayhem’ and of three live tracks on the CD version.

Says front man Aaron Buchanan: “This signing feels right. It’s the best way for us as unified musicians and friends to give you bigger, better, more extravagant shows. 10,000 of you have already become fans of our Facebook page, what we can do now with support from Listenable is astronomical. Collective belief in this project is the thing that has made it a success and we now wish to share it with you. We will be bringing to you a mammoth re-release of ‘The Man With Stars On His Knees’ in early 2019 with the addition of new live tracks alongside ‘Fire In The Fields Of Mayhem’ and exclusive brand new track ‘Undertow’.”

In 2015, having toured the globe for four years fronting Heaven’s Basement, Aaron Buchanan walked out of one band and immediately into a studio just out of London with producer James Curtis-Thomas, guitarist Ryan Woods and sister & guitarist Laurie Buchanan. In the years prior, Curtis-Thomas and Buchanan had spoken many times about producing a record with deep, mature, and colourful content; just a few months later and a stint for Buchanan in Australia where many of the vocals were tracked in a shed just outside Brisbane, the now critically acclaimed and award winning record ‘The Man With Stars On His Knees’ was born out of a tiny studio just outside London with no hot water or central heating. A true testament to the belief in the music and vision Buchanan had bought to the table. 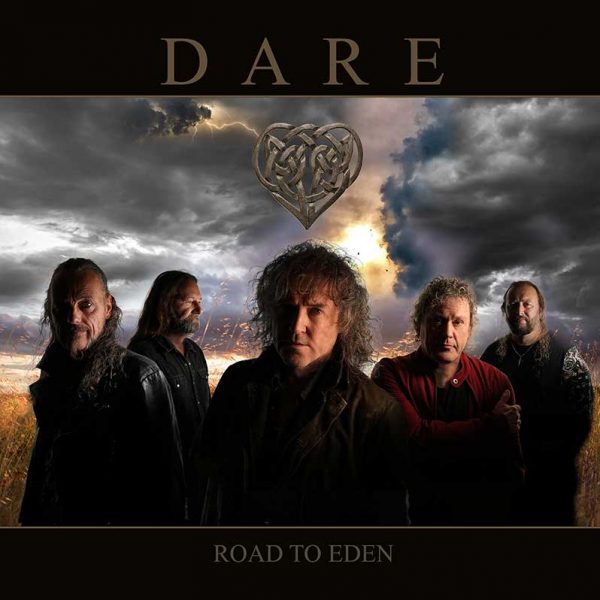 Continues Aaron:” Since we formed the CULT CLASSICS in 2016 and with the release of ‘The Man With Stars On His Knees’ it has been a rollercoaster ride of tours, shows and festivals; to name just a few; Buck Cherry, Life Of Agony, Royal Republic, Skindred, Skid Row, Download Festival, Ramblin’ Man Fair, Wildfire Festival, Camden Rocks and Steelhouse. Tom McCarthy (guitar) and my sibling Laurie (guitar) have been constants in the CULT CLASSICS from day one, forever supporters of my eclectic, eccentric, and left hook vision, but in mid-2017 we re-shuffled the line-up and bought in Paul White on drums and Mart Trail on bass. “We” needed to grow, as did our show. Paul, having come from both a metal (The Defiled) and a theatre (STOMP) background could not have been a better fit, and Mart Trail came alongside Paul as the best addition a band could ask for to complete the fundamentals of any rock show: Kick, Snare, Bass.”