No buried treasure here, move along. . .

They released the debut in 1979, and if nothing else St. Paradise confirms just what a great loss St.Holmes was to Nugent and indeed, just how much Nugent depended on him for his band’s vocal sound.

What St.Paradise didn’t have was the chemistry to create a unique identity. It’s good solid bar band stuff, passably tuneful with the occasional burst of inspiration. They may have had their eyes on the prize, but they just didn’t have enough to take them over the line.

Still, in their more creative moments, like on the born-on-the-bayou ‘Jackie’ they’re in the zone, gilding a stomping, four on the floor rock song with great harmony bgvs in the closing section. A cover of the Nugent band’s ‘Live It Up’, co-written by Nugent and St.Holmes becomes a much more sophisticated beast than the one that raged and roared on Nugent’s Cat Scratch Fever, with producer Mike Flicker and St.Holmes adding lithe, lightly airborne harmonies, lifting the song into the quietly anthemic.

But there are just as many songs that lack hooks or true direction. ‘Straight To You’ sounds like a million other middle of the road rock songs from the late seventies. ‘Beside The Sea’s lurching beats and widdly axework don’t belong here, nor does ‘Jesse James’ faux CCR rhythms and unedifying lyrics.

The clicks and hisses you might expect from tape transfer when remastering, from a recording this old are totally absent, and the music now has the bounce that was originally intended, making the album interesting, but hardly indispensable. 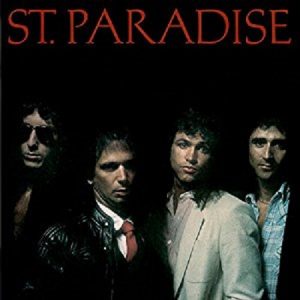