Rock ‘n’ roll ringleaders MASSIVE WAGONS have announced their upcoming album ‘TRIGGERED!’, out 28 October via Earache Records. The album was recorded at Backstage Studios with producers Chris Clancy (Machine Head, Megadeth, Amon Amarth) and Colin Richardson (Funeral For A Friend, Slipknot, Sepultura), the production force that was also behind their UK Top 10 album House Of Noise.

Fans got their first taste via brand new single ‘Fuck The Haters’ which premiered exclusively on Planet Rock Radio yesterday morning and is available now from all DSPs. “Fuck The Haters” is a bold-call-to-arms track that employs huge arena rock and frontman Barry “Baz” Mills’ signature vocal vigour, to hold a potent middle finger to everyone and anyone who feels it necessary to bully other people, be that physically, face to face, or keyboard warriors in the social media sphere.

Written as a supportive rallying cry for those who have been affected by any form of bullying, Baz sums up the spirit of ‘Fuck The Haters’: “Simple song, simple message: fuck the haters, fuck ’em all. Do what you want, wear what you want, be who you want to be and be proud about it. I know this kind of thing has been covered in songs before, but I wanted to strip it back to its most basic, powerful form. Yeah, swearing ain’t for everyone, but sometimes you just got to stand up and let rip! #STOPBULLYING #FUCKTHEHATERS”

The track’s accompanying video underlines this message. Directed by Lewis Cater (The Hunna, Sum 41, Neck Deep), the video brings with it a no-holds-barred performance chock-full of the band’s trademark charisma as they stand up against incessant social media trolling and sinister anonymous figures. Watch the video here. 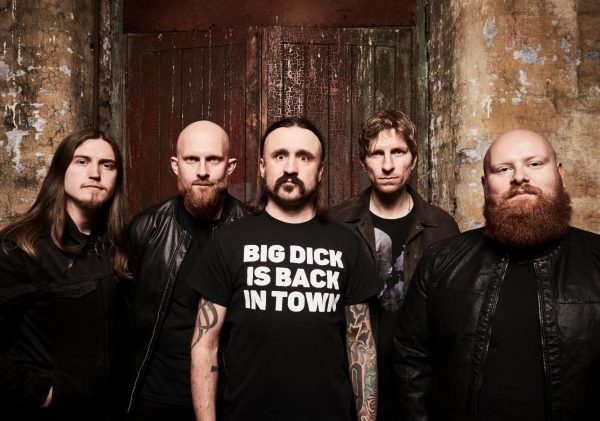 Over their last two albums, which romped into the official UK chart Top 20 and Top 10 respectively, MASSIVE WAGONS have grown from beloved local heroes to national treasures within the UK rock scene. For the new LP, the group have crafted a hefty slab of rock ‘n’ roll that stays true to their influences whilst pushing past previous boundaries. From twists of tough punk to twinkles of yacht rock, while keeping Baz’s iconic lyricism and their electrifying no-nonsense rock pedigree, the record proffers tracks begging to be huge live anthems.

Baz explains how ‘TRIGGERED!’ stands out compared to the band’s previous albums: “I think this album is a lot more British sounding. I think we’ve managed to bring our sound more up-to-date, it sounds fresh and exciting. It has much more of a punk vibe about it, but, that being said, it’s still full of everything we love about guitar music.”

He continues: “There are some very angry, passionate songs in there. We all dug really deep writing this one, some of them were a real labour of love. I think we truly have made our best album yet. I know that’s a cliché, but our other albums felt like they had a foot in the previous one somehow, be it leftover songs, a certain sound or style… But I think this one stands alone as a unique sounding Wagons album.”

The album cover, designed by Freddie McKie, is emblazoned with a head-turning portrait that’s primed to ‘trigger’. Baz elaborates, “The image is about as simple as it gets when talking about being ‘triggered’: a very masculine-looking man with face tattoos (another ridiculous taboo in modern society) wearing pink eye shadow. It might provoke a response from the simpletons among us, but we wanted it simple, very striking and iconic. The message being, regardless of your opinions on things, stop flying off the handle over them, you don’t know best, you don’t have the right to be verbally abusive towards other humans. Yeah, you have freedom of speech, but if you’re at ease being a bully, then that’s your call. Love and thanks to Doc for lending us his beautiful face for our album.” 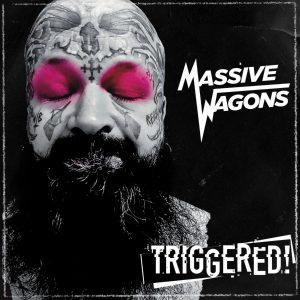 ‘TRIGGERED!’ is available for pre-order worldwide at earache.com/massivewagons on limited coloured vinyl (including clear/blue splatter, green, orange and pink vinyl), black vinyl, signed CD, cassette, and digital download. Appeasing the hungry collectors in the rock community, there are also six white vinyl editions available as part of a special collector’s bundle (featuring six different front and back covers) and a purple vinyl through select indie retailers.

After their eye-popping set at Download Festival (and not just for Baz’s attire), the band are currently preparing to bring an equally rousing good time to festival goers at the UK’s Kendal Calling later this month, as well as multiple European festival dates including Graspop (Belgium) and Rock In The City (Finland).

Hailed as “the most entertaining band at Download” for their “stunningly good form” and “wonderful joyfulness” who “never fail to impress”, be sure to catch these hard-workin’ firecrackers live if you can. Tickets are also on sale now for their unmissable UK co-headline tour with Ugly Kid Joe in November. That tour runs as follows:

For a full list of upcoming tour dates and to buy tickets, visit the band’s official website here. 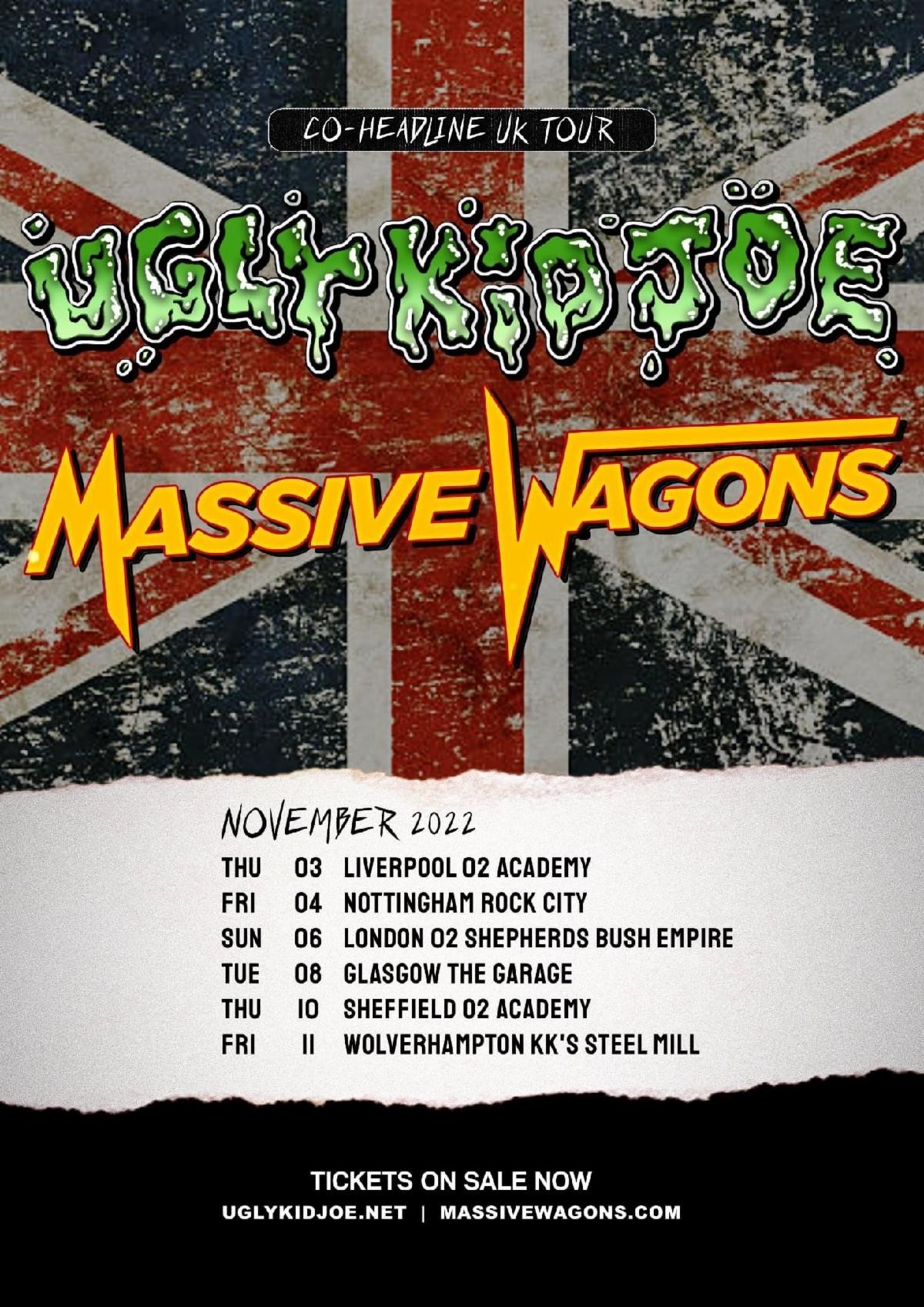