707 moved to Boardwalk Records for that “difficult” third album, Megaforce (1982). Between times, Tod Howarth had joined the band, and they recorded what was originally to be the third album, titled The Bridge. Which turned out to be so difficult that legal shenanigans confined it to the Giant Shelf Of Unreleased Albums. It was eventually released on the short lived MTM label in 2004.

Thinking that the band needed a more distinctive vocalist, as labels do, they recruited Kevin Chalfant. In fact it was an inspired decision, Chalfant gave them that spark of individuality that all bands need. He later went on to front Journey and The Storm.

Megaforce, the album, is light years away from the first two releases. It’s only 1982 but it was up there cresting the AOR tidal surge, buoyed by considerable FM radio airplay.

Co producers, Russell and THE Keith Olsen wheeled in some heavy duty artillery to help with the production, in the form of George Tutko, engineer sans pareil. Tutko gave the music a broader, beefier sound, stretching it across the band’s width of focus. Meanwhile, Howarth’s and Russell’s songwriting skills were now were as sharp as a craftsman’s blade.

The title track and ‘Can’t Hold Back’ are the sound of a band in the fast lane, shifting confidently through the gears, negotiating heartstopping hooks and towering choruses as the finishing line comes into sight.

Russell is on fire. You sense this album is his true coming of age. He leans hard on the trigger in places, firing out short bursts of incendiary axework on ‘Get To You’ and laying down a tough as teak riff on the simmering pop from the darkside, ‘Hello Girl’.

He shows his skill too as a producer and arranger. ‘Out Of The Dark’ merges the sixties pop sophistication of 10cc with the emotional immediacy of eighties’ US AOR. And by holding the power of Howarth’s swirling keys in check, on the dramatic ‘Hell Or High Water’, he succeeds in raising the song above the plodding bombast being plied by so many Journey wannabes at the time.

And apart from another cool remastering, new liner notes from AOR Guru, Dave Reynolds (as do all 3 reissues), this remaster comes with not four, not five, but six bonus tracks. 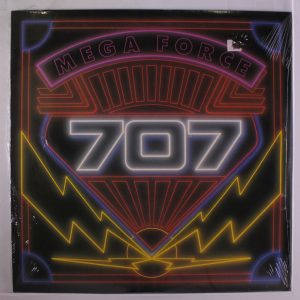