Take Off And Landing…

Talent and tenacity are never enough. Every rock band will tell you that. You need the gods to smile on you, even if only for a few moments.

The story goes that in 1977, legendary A&R man, John Kalodner happened to encounter an embryo 707 playing a Hollywood club and, with a few caveats, saw potential. He told them to switch Duke McFadden from bass to piano and vocals, told them to bring in a new bass player, and handed them Foreigner’s then unreleased debut album, telling them “this is the future of commercial rock music”.

They made the changes, adding Jim Bryant on bass to the lineup of Kevin Russell on guitar, McFadden on piano and Jim McLarty on drums. Two years later they signed to Casablanca Records, the home of Kiss, and recorded their own self titled debut. It was released in 1980.

The band’s self motivated radio hit and opening album track, ‘I Could Be Good For You’ is unorthodoxically simple. It takes off from a standing start, with piano, guitar, bass and drums picking up the confident rhythmic chug of a relay race, before an insistent chorus explodes in our faces like a pocket atomic airburst. It’s a real celebration of a song, compact, compelling and unrelenting in its message.

And yes, you can hear some Foreigner influences, especially on ‘You Who Needs To Know’, a rushing, chart aimed poprock monster with a steely spine that sweeps all before it till runs into the exotic, ‘Slow Down’, a song surely sculpted from a bunch of Buggles and Badfinger spare parts.

By The Second Album (1981), McFadden had left. Kevin Russell stepped up to take a leading songwriting role and Jai Winding – probably now best known for his keyboard contributions to a zillion albums – produced.

Some good, high octane tunes, ‘Tonite’s Your Nite’, ‘Live With The Girl’, clearly chart aimed, miss the gravitational force of McFadden’s anchoring piano. In fact it’s only when we get to the fourth track, ‘Strings Around My Heart’ that the album gets off the ground. An outstanding song, pushed along on brisk rhythms and a solid undertow of piano and guitar. The chorus is all but spoiled by Winding’s addition of a reedy keyboard part, which tends to undercut his imaginative melodic rock arrangement on the verse and bridge. Arguably, McLarty&Russell’s ‘Rockin Is Easy’ outshines the rest. It struts and it swings, with Russell’s axework and Bryant’s funky bassline nailing down a rock solid, born-in-Detroit groove.

Elsewhere, the initial promise of ‘City Lights’ and ‘Live Without Her’ – that we’re heading into grown up AOR territory – is never properly realised.

An uneven album that fails – albeit heroically – to live up to the debut.

(Tomorrow, Mega Force – the band’s third and last album in the eighties). 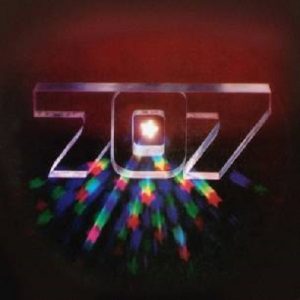 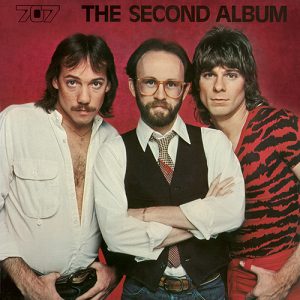