Following the early 2015 release of critically acclaimed fourth studio album The Mindsweep, Enter Shikari have lent it to Hospital Records for treatment. For those of you that are unaware of the label and their work, this essentially means that 13 Drum and Bass artists have torn the album down and rebuilt it in various different mind-bending forms.

Admittedly, whilst I have been an avid Shikari fan since the days of Take To The Skies (which seems like an age), I am not all too familiar with Drum and Bass, aside from it’s creeping into other genres. It also takes no genius to work out that Enter Shikari are not one for sticking to one genre (or any, for that matter) and that they too dabble quite heavily in various forms of electronic music, alongside their individual side projects – hence, I have already been semi-introduced to this sort of music. Effectively, I am taking a trip into the slightly familiar unknown.

The album leads in with “The Appeal & The Mindsweep I (Metrik Remix)”, an abridged version of the hard-hitting politically enraged rant of the original. Whilst this is a track already heavily infused with electronic music almost reminiscent of the 90s Trance sound, it takes a large step up into the realm of D&B, giving an indication of what we might be able to expect for the next 50-odd minutes. This is except for the fact that Keeno’s remix on the second track deconstructs this expectation with something far slower, more chilled and atmospheric. It still has the signature repetitive yet mesmerising drum track, but descends into something very spacey, which we don’t return to until Ethereal’s handling of “Never Let Go of the Microscope”.

First, though, Reso remix of “Anaesthetist” only amps up the St Alban’s four piece’s already offensive barrage on our crumbling NHS. We may only extracts of Rou Reynold’s lyrical attack, but the vicious bassline more than makes up for that. S.P.Y’s turn on “The Last Garrison”; another lashing and social commentary on the state of our country, follows in a similar vein with guttural, grimy beats.

“Myopia” is a heavily environmentally conscious track that begins with soft and cautious vocals that narrate scenes of endangered wildlife, closely matched by Bop’s beat, before plunging into a typically raucous and aggressive lyrical splurge. It is again accompanied by a fittingly visceral electronic onslaught.

Continuing with the album’s success thus far, Hugh Hardie offers a more delicate re-working of “Torn Apart” that lift us through the (dare I say it, this is Shikari we’re talking about…) beautifully voiced choruses and back into the more expansive sounds of some the record’s earlier tracks. This leads nicely into the interlude. Interludes, by nature, aren’t usually worth batting an eyelid and are largely, for good reason, considered as filler. Not here, though. The Erised treats us to something of a hidden gem with stunning, soft vocals and an almost elegant bassline, unrecognisable from that of the original offering. It’s a welcome break from the at times monotonous Drum and Bass beats. More treats come on “The Bank of England” with some incredibly bassy drops, although not quite the relaxing sounds of the track prior.

In the final third of the album, we find a more toned down and rhythmic version of “There’s A Price On Your Head”, which is arguably the brashest track of the original release. The tenor of the next track remains in the same arena, with that vast and trippy sound we’re beginning to become accustomed to. It may have been sped up from the Enter Shikari’s vision, but this time it sticks with the same sort of vibe. This summary cannot be said of the final two tracks, however, as Krakota and Urbandawn provide us with a heavy-hitting finish, something that’s always been a signature of Shikari’s.

All in all, it’s a success. It might not all please the Post-Hardcore purists or the less intrepid Enter Shikari fans, but there is more than likely something there to appease everyone (almost, anyway.) Its tempo is a push-pull affair and it is in the favoured half of album re-workings for sure. What’s more, if some of it is added into their live catalogue, it is going to go off. 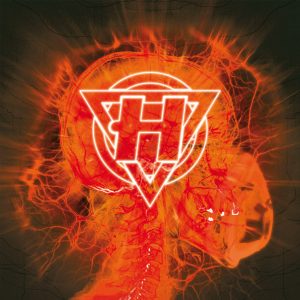 The Appeal & The Mindsweep I (Metrik Remix)

The Bank of England (Lynx Remix)

There’s A Price On Your Head (Danny Byrd Remix)