Formed in Jacksonville, Florida in 1974 .38 Special were born from the fertile Southern Rock scene but it was obvious they weren’t going to follow in anyone’s footsteps. Featuring vocalist Donnie Van Zant (younger brother of Skynyrd singer Ronnie) .38 Special soon developed their own sound that incorporated elements of AOR, Southern and hard rock. As part of their “Re-Skinned” series Snakefarm Records have reissued two of the band’s finest albums; ‘81s Wild-Eyed Southern Boys and ‘82’s Special Forces (both on lovely 140gram vinyl too!).

A timely reissue to celebrate its ruby anniversary Wild-Eyed Southern Boys found .38 Special blazing a trail across America’s consciousness. It seemed the cards were stacked in the band’s favour and opening cut ‘Hold On Loosely’ set out their stall perfectly. The sound contained herein is the melodic end of Southern rock and that shouldn’t come as a surprise as Survivor’s Jim Peterik co-wrote several tracks and, in a genre that was rooted in traditionalism, he added a contemporary edge. Jim was like the Desmond Child of the late ‘70s/early ‘80s; with an ear for melody and a lyrical turn of phrase he certainly had the Midas touch and his contribution ensures Wild-Eyed Southern Boys had real crossover potential. Three Peterik co-writes were picked as singles of which the title track was definitely the best. In Donnie Van Zant and Don Barnes .38 Special had two exceptional vocalists and their sublime harmonies add a real depth to the title track, and indeed the whole album.

When we hit ‘Back Alley Sally’ it’s time to break out the Budweiser’s and it’s the type of song doctors should prescribe to narcoleptics. Once Jeff Carlisi lets fly with his six string it’s impossible to stand still and will have all but the infirm up and grooving. ‘Hittin’ And Runnin’’ sounds a tad formulaic (in that Toto power ballad way) but it does provide a breather before the band launch into the bayou inspired, swamp rock infused ‘Honky Tonk Dancer’. Prior to this album .38 Special had released three decidedly average albums but Wild-Eyed Southern Boys was a major step up in class and much of that was due to the band expanding their musical palette. Blending genres can often be a risky business but here the fusion is just right and things bubble nicely with ‘Bring It On’ being a muscular closer that swirls around the listener like a musical tornado.

By the time .38 Special released their fifth album Special Forces in 1982 their ranks had swelled and, aided byRodney Mills’ spacious production, they delivered an absolutely humongous sound. However, in juxtaposition to the huge gun which graces the cover opener Special Forces gets of to a rather sedate start with the unabashed slab of FM-friendly rock ‘Caught Up In You’. Returning Jim Peterik ensures it has hit single potential (it did, in fact, gatecrash the Top Ten) and it sounds like a strange amalgamation of Cheap Trick and Chicago. It’s a song made in AOR heaven but I can’t help thinking that following track ‘Back Door Stranger’ would have made the better introduction with its staccato riff and scything solos. Full of pounding drums and heavy on the wah-wah pedal it strolls confidently from speaker to speaker, which is exactly how .38 Special should arrive.

Heavy but lithe (like a welterweight boxer) ‘Back On The Track’ revisits some southern rock roots and the band’s two female backing singers (Lu Moss and Carol Bristow) are given a more prominent role on the record and add another dimension which provides a nice foil to Ronnie Van Zant’s whisky croak. ‘Rough Housin’’ wheels out the big guns and would make the perfect soundtrack to a Saturday night brawl in a bawdy biker bar. Special Forces is an album that takes on many shades from the mean and moody ‘Breakin’ Loose’ to the all out rocker ‘Take ‘Em Out’ but in whatever guise they appear .38 Special, featuring two drummers, are always powerful. Evoking images golden sands beneath bruise coloured skies ‘Firestarter’ is an atmospheric closer that’s punctuated by huge white spaces and it provides evidence (if any were needed) as to why Special Forces invaded the higher echelons of the Billboard Hot 100.

Wild-Eyed Southern Boys and Special Forces are two albums that found .38 Special coming of age and foreshadowing a successful decade. These “Re-skinned” reissues find both albums being unleased on vinyl for the first time since their original release which make them essential purchases for long time fans or, if you’re a .38 novice and are in the mood for some good time rock n’ roll, the best place to start is here. 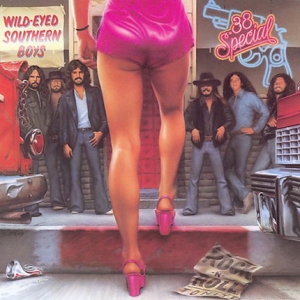 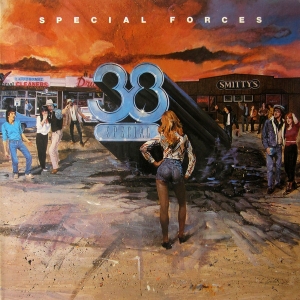