So, this turbo charged gonzo beast is the debut album by Australian 5-piece Zombie Motors Wrecking Yard, and one thing that Aussie bands always bring to the table is a raw sense of no-frills abandon. Ok, that’s technically two things. So yeah, no-frills, anything goes fun. Three things. Fuck it. Oh yeah, and swearing. Lots of swearing. Four things. Bugger.

The bug-eyed testifying of opener ‘Grind The Grinder’ gets us well and truly in the mood. It rocks, it rolls, it chugs and it swears (have I mentioned the swearing? It’s not big and it’s not fucking clever). It brings that Southern hellfire and damnation vibe raining down upon us. There are hints of White Zombie in the B-movie samples and 80’s electronic soundtrack beeps of ‘Dead Smile’ and from thence on in it’s dirty, heads-down rock ‘n f***ing roll.

‘Galactic Motherf***er’ gives us the albums heaviest moment yet and, surprisingly, more potty mouth. THIS is what the ‘Fury Road’ flame thrower guitarist would and should have been playing. ‘Roll n Burn’ gives us a healthy (or unhealthy) dose of greasy blues slide. But then there was bound to be some at some point in this ceremony, it’s that kind of album. It’s good, gritty stuff – George Thorogood on unmentionable chemicals. It’s heavier and better than the majority of so-called blues rock bands. If RL Burnside and Howling Wolf were just starting out this is how they’d sound.

And we continue to be beaten around the head. ‘Fight Fight Fight’ is, oddly enough, not a ballad. It’s that mad bastard stood next to you at the bar who you absolutely do not make eye contact with. It then slopes off into a foul sludge riff before kicking off again. There’s a smidgeon of Al Jougensens drugged mania to the vocals along with Jim Morrisons desert shamanism. But it’s a desert in the outback, not California. Nastier, much less laid back and chock full of huge scuttling fuckers that want to kill you.

‘Bad Boy Benny’ is pretty much the only time that AC/DC rear their head. It’s Bon but, if possible, a nastier, sleazier Bon. It makes Angus and co. sound positively Yacht Rock! It’s a thoroughly pissed off slow blues with pornographic wah-wah. Elsewhere we have feedback, floor shaking guitars, stoner doom riffage with vats of added whiskey and a groove that would be perfect for the undead strippers of the Titty Twister – dirty and faintly homicidal. The kind of dirty you secretly dig but wouldn’t even admit to your friends. Yes, it’s that good. So, slam a few tequilas , crank this bastard up and have some good clean fun. 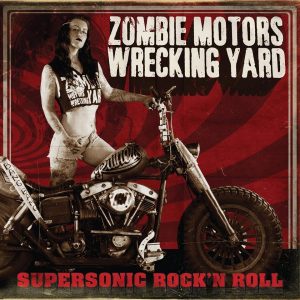