I’m usually wary about cover albums; some music is sacrosanct and shouldn’t be altered, especially Black Sabbath’s eponymous debut. However, the fact that Zakk Sabbath feature Ozzy guitarist Zakk Wylde and drummer Blasko eased my trepidation somewhat and, as the opening bars of Vertigo prove, when it comes to paying tribute to the mighty Sabbath there’s probably no better qualified musicians.

Recorded in a single day and released on Friday 13th February 1970, Black Sabbath changed the face of music and there isn’t a metal band, alive or dead, who doesn’t owe a debt to Birmingham’s finest. The thunder and tolling bell that opens Vertigo set my troubled mind at ease as Zakk’s wonderfully distorted riff which introduces ‘Black Sabbath’ blew any doubts away. Making great use of the Devil’s Tritone Zakk Wylde, Blasko and drummer Joey Castillo capture the eerie essence of the original while putting their own stamp on proceedings. It’s faithful but not to the point of being a facsimile as Zakk Sabbath crank up the tension and release it at the 4:34 mark when that riff kicks in as the band suck the listener into a swirling vortex of spiky guitars and thunderous drums.

Of course, Black Sabbath was more than just an album. It perfectly captured the nature of their post-industrial, Luftwaffe-scarred Birmingham at that precise moment in time when the hippy dream morphed into a bad acid nightmare. Even when you strip away the faux Satanism, Black Sabbath is a truly unsettling album and Vertigo manages to capture some of that. Perhaps attesting to Zakk’s Black Label Society, there’s something of the Deep South about the harmonica solo that introduces ‘The Wizard’, but the explosive guitar that follows is all Tony Iommi. Adding extra groove to the original, Zakk and Co. really do ‘The Wizard’ justice by making good use of loud/quiet dynamics as brief white spaces provide a foil for the guitar and drums and ensure that when they hit, they hit hard.

Vertigo works because Zakk Sabbath approach this project the only way it should be undertaken and that’s by grabbing the bull by the horns. Any band who approaches Sabbath in a half-hearted fashion is doomed to failure (pun intended). Fortune often favours the brave and here it’s rewarded with an ice cold, frosty version of ‘Behind the Wall of Sleep’ that segues into a hearty version of ‘N.I.B.’ which, in turn, is introduced by a fine Blasko bass solo. Zakk sounds uncannily like Ozzy and his guitar inflections hit the mark, too and they both combine to rise like a tsunami before crashing at the chorus with the force of a teetering tower block. It’s all delivered with a ‘live-in-the-studio’ feel that charmed the original which only serves to make Vertigo such an intriguing listen.

If I had to pick a fault with Black Sabbath it’d be the inclusion of two cover versions and Vertigo remedies this by presenting the edition originally released in North America and drops Crow’s ‘Evil Woman’ in favour of Sabbath’s own ‘Wicked World’. Individuals will have their own preference but I like the warmongering lyricism of ‘Wicked World’ which signposted the dystopian Paranoid album, plus it gives Joey Castillo a chance to mimic that ‘tight-but-loose’ jazz feel as pioneered by Bill Ward. ‘Sleeping Village’ stalks like a lumbering giant before the kaleidoscopic extended blues workout that is ‘Warning’ brings Vertigo to a suitably abrupt conclusion that makes the silence which follows almost deafening.

To capture something of the spirit of 1970 Vertigo is a physical only release and if, like me, you can’t get enough Black Sabbath then Zakk Sabbath have come to fill the void. 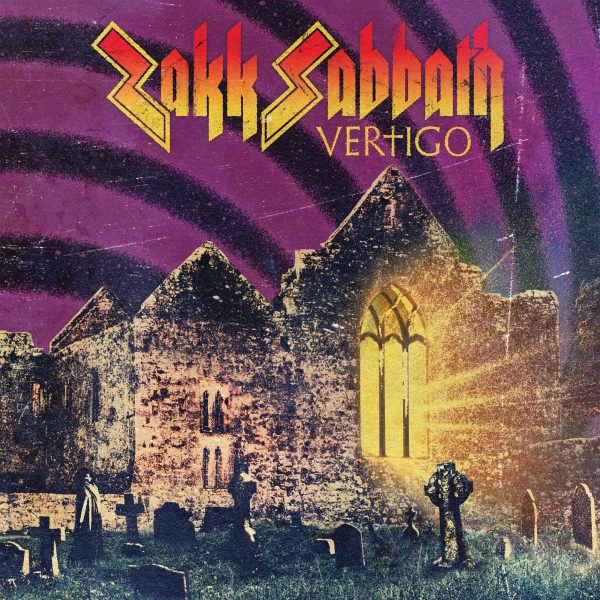