As one of the legendary Progressive Rock bands, a new album by Yes has both a ready audience and an impossibly high standard to aspire to. Any new release is not only measured against the genre-defining classics that preceded it but must also placate sections of a passionate fanbase who maintain that only certain band members are entitled to fly the Yes flag. My advice to anyone embarking on The Quest is to set all that to one side, to meet Yes as they are now, and to appreciate the album on its merits, for there is much to enjoy here.

Opening track ‘The Ice Bridge’ is an excellent start to proceedings, propelled by Geoff Downes symphonic keys and anchored by Billy Sherwood’s surging bass as Steve Howe’s guitar licks fly over the jagged rhythms and duels with Downes at the song’s conclusion. The lyrics embrace ecological themes and although I couldn’t tell you what ‘exponential ancient overdrive’ means; I broke into a big smile at the glorious juxtaposition of words.

The pace slows with ‘Dare to Know’, which features joint lead vocals from Davison and Howe. It is a beautiful song, built around Howe’s guitar theme, embellished and augmented by an orchestral arrangement before gently coming to rest with an acoustic guitar cadenza. Orchestration is also used to add colour to the following track, ‘Minus the Man’, a Davison/Sherwood composition which explores the soullessness of Artificial Intelligence.

Steve Howe’s production is fresh, clear and uncluttered. He wisely does not attempt to redefine the band’s sound but is sympathetic both to Yes’s legacy and the strengths of each band member. However, there is no escaping that the presence of Billy Sherwood and Jon Davison throws new song writing ingredients into the pot. ‘The Western Edge’ has echoes of the Squire/Sherwood Conspiracy albums of the early 2000’s, whilst the Davison penned ‘Future Memories’ features introspective, almost melancholic verses that yield to a more optimistic, outward-looking chorus, all delicately adorned by Steve Howe’s guitar flourishes. It is an album highlight, but it does take Yes into slightly different territory.

There are some missteps along the way. ‘Sister Sleeping Soul’, one of three bonus tracks on a second CD, is a sweet, sunny song that deserved a place on the main disc, but ‘Damaged World’ sounds like it would be happier on a Steve Howe solo album whilst ‘Mystery Tour,’ a light-hearted ode to The Beatles, is not a track I envisage returning to often.

The album’s finale, ‘A Living Island’, is a touching tribute to loved ones lost during the pandemic and a thoughtful song that envisages the planet as a community, united by our common humanity though isolated by Covid. The lyrics salute “The front-line saviours/And the everyday heroes unseen.” Amen to that.

The Quest is a gentler and more reflective album than I was anticipating. A classic? No, but it is a fine album that grows with repeated plays. As someone who has loved this band for several decades now, I am simply grateful that Yes is still reaching for moments of magic and beauty and still creating positive, uplifting music after all these years. The Quest doesn’t always reach the summit, but it is still an enchanting and worthwhile journey. 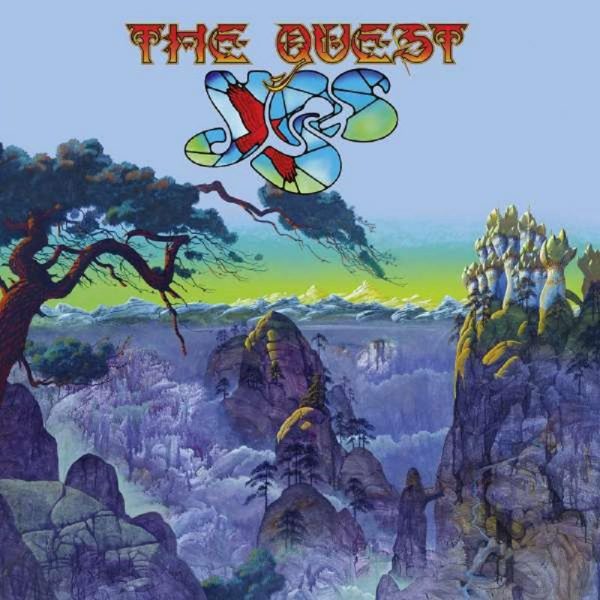