It looked as though the stars were in alignment – this 21st studio album being released on the 21st July, a return to long songs, and the deep and meaningful title, a hint of complex themes? A concept perhaps? Roger Dean on top form, his best Yes album cover in years, absolutely beautiful… portents of a classic Yes album to come? You cross your fingers, slip your headphones on, press play and… sigh. The fact that this was being released by that home of AOR, Frontiers Records, should have been a giveaway, if indeed this can be called AOR – AOP (or OAP) perhaps? Album oriented pop, or prog pop? Whatever it is it’s definitely at the lighter, ‘Wonderous Stories’ end of the Yes spectrum.

So who do we have in this incarnation of the band? Howe, Squire and White – check! Plus Geoff Downes on keys and, for his first album appearance, ex-Glass Hammer vocalist Jon Davison, whose angelic tones are an absolute dead ringer for his older, sometime iller namesake. He even looks like a youthful incarnation of Mr. Anderson and it is Davison’s contributions that are the most interesting and enjoyable part of the album, although the lyrics themselves tend to veer recklessly from platitude to new age gibberish.

Musically… oh dear, musically. It’s hard to know quite who this album is going to appeal to, the band are too old and the songs too long for pop fans while the sound is too poppy and apologetic for prog and rock fans. Indeed, much of the album sounds like the soundtrack to that final, soppy moment in every 80’s John Hughes movie where Molly Ringwald gets the guy. Which is heartbreaking because there are fleeting moments where they shine. Davison’s ethereal, multi tracked Enya-esque backing vocals on ‘The Game’, the all-too-brief actual rock riff that brings ‘In A World Of Our Own’ to a conclusion and the jazz fusion jam in the dying moments of the final song… distant echoes of what they used to be capable of being all the more tragic and poignant.

But it’s the pace that gets you. The entire album is played at the same lethargic, soporific pace, without a hint of fire or passion. I’ve never heard this legendary rhythm section play so listlessly and with so little creativity. This has been a joyless review to write, Yes were my ‘in’ to prog rock and it is hard to believe that this is the same band who recorded ‘Relayer’. Sabbath, The Stones, The Who… all still playing with energy and venom but I suppose this had to happen – the first album by a classic band of that generation that leaves you in no doubt that you are listening to music made by pensioners. It’s sad to say but to bring out an album this lifeless and tired when there are so many hungry passionate bands out there chomping at the bit to be heard isn’t just sad, it’s offensive. By all means play the greatest hits circuit chaps but perhaps it’s time to lock up the studio doors. 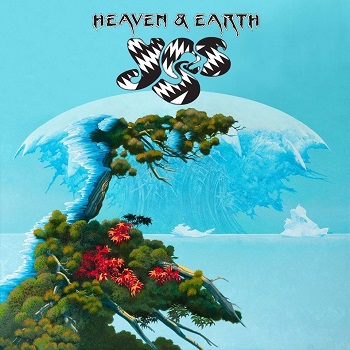