The first are administered here on opener ‘La Injusticia,’ which raises the bar sky high straight from the off with its shuddering chorus of ‘Rotting corpses piled high, left to rot in a ditch, death squads relentless’.

Since forming in 2007, Xibalba have always been prepared to mix the ingredients up, and do so here with the doomily expressive ‘Corredor De La Muerte’ before flicking the speed metal switch on ‘Santa Muerte’.

Throughout this face-ripper of an album Xibalba inflict some breakdowns that would stop a runaway bull in his tracks. Everything is layered so low as to be ground into the earth, the riffs are executed with menace throughout, while Nate Rebolledo’s vocals are immense and  and add real quality to an already engrossing soundscape.

Having kicked off their career 13 years ago Xibalba have now tuned their craft to near perfection. They are masters of their art and the Pomona pugilists have developed into something of an unstoppable juggernaut thesedays, following previously notable albums such as Hasta la Muerte (2012) and Tierra y Libertad (2015). 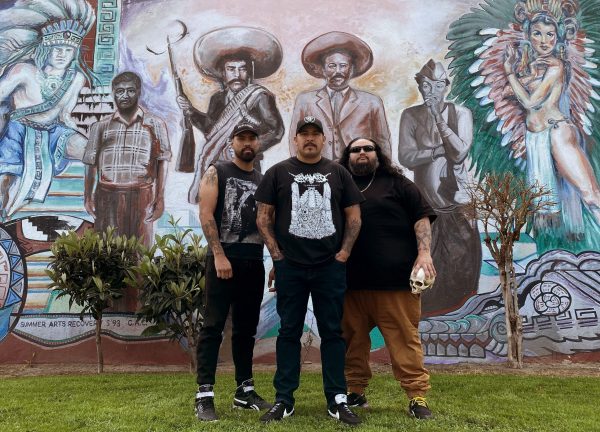 A tribal beat in the style of Soulfly changes the sonic standpoint at the start of ‘Saka,’ the percussive rolls building into an unedifying powertrip on an instrumental number that enhances rather than diminishes the overall authority of the album. Kicking back in with the album’s title track (translation Hell of Inferno) the rasping rhythmic licks are again disciplined and contained but within the unmistakable power is tangible with Xibalba playing the long game rather than simply blitzing every number.

When they want to open up the chamber then they know how to do it well, ‘En La Oscuridad’ racing by under a shower of blastbeats, riff cuts, perilously protracted breakdowns, and of course those great Rebolledo rasps.

The album ends with ‘El Abismo’ – parts one and two, both drawn out to seven minutes apiece. Part I is as mellow as these guys get, a calming ray of sun in an otherwise hostile battlefield. But while this melancholic juncture works well, they still can’t resist landing a few more brutal blows, as is their way. Part II is another towering track, first half a bare knuckle nose-breaker before bringing things down to a haunting stomping finale

While Xibalba don’t need a hand up from anyone right now, full credit is still due to producer Arthur Rizik (Power Trip, Inquisition, Cro Mags) for helping to draw every lost ounce of power from the band. 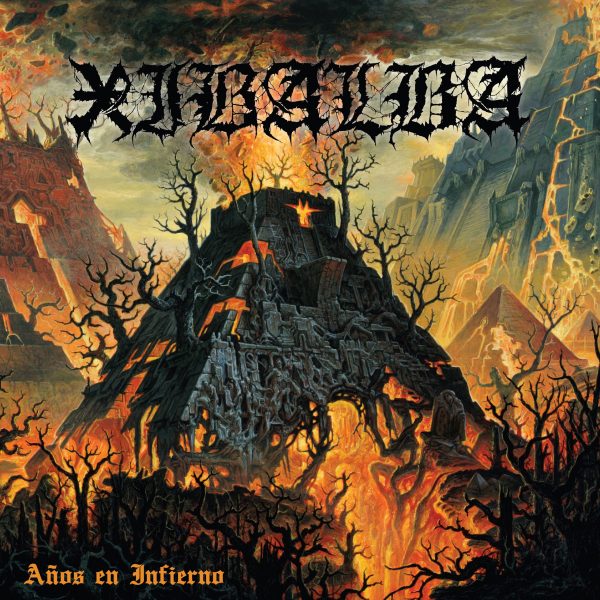