When Metallica struck the big time with their Black Album it caused a seismic shock in the thrash world. It forced bands, either by record label coercion or their own volition, to change style in favour of something more commercially acceptable. No band who adapted to the prevailing winds came out unscathed and UK thrashers Xentrix were no exception, and their third album Kin was a radical departure from their signature sound. While not a bad album Kin finds the band largely eschewing their thrash roots in favour of a confused alternative/ groove metal sound.

Things (briefly) get off to a promising start with the intertwining guitars that herald the arrival of ‘Order Of Chaos’. They sound like the prelude to an all-out thrasher, I was expecting the band to launch into a musical tirade, but unfortunately ‘Order of Chaos’ doesn’t thrash. It’s a passable rock track that would sound OK if released by another band but it’s missing that certain Xentrix spark. Of course, the band haven’t become bad songwriters overnight and tracks such as ‘A Friend To You’ and ‘All Bleed Red’ are well constructed songs that evidence a great deal of invention. As was common with metal at the time the lyrics are very personal and touch upon deep issues and show the band as great songsmiths but, again, it’s not what we want from a Xentrix album.

I first listened to Kin straight after the band’s previous album (1990’s For Whose Advantage?) and in comparison to that record Kin sounds weak. Gone is John Cuniberti’s punchy production to be replaced by producer Mark Flannery’s thin, reedy sound. Dennis Gasser’s drums used to hit particularly hard but now, while loud in the mix, they sound echoey and indistinct. While vocalist Chris Astley never had a guttural growl in the style of a death metal singer, he nevertheless, had a nice throaty 20-Marlboro-a-day rasp that added weight to the songs so it’s disheartening to hear that disappear and be replaced with clean singing on ‘No More Time’. The band are aping ‘Nothing Else Matters’ so much it’s painful and frankly, after years of Chris’ caustic vocals, just sounds odd.

In many ways you have to sympathise with Xentrix’s dilemma; metal was at a commercial ebb in 1992 and if they’d released another thrash album it’s hard to see what market it would have had (just like us these guys have bills to pay). However, the disappointment I felt when taking the Black Album home is the same, I experienced with Kin. Sometimes you have to admire bands like The Ramones who give their fans exactly what they want, and to hell with the consequences. There are moments of the band’s former brilliance such as the riff that powers ‘Waiting’ but on the whole Kin tends to meander along and you get the impression that Xentrix’s collective hearts are not into this new direction. The band rally themselves for closing track ‘Another Day’ but it’s too little too late and can’t save the floundering Kin.

Continuing the bands tradition of ill-advised covers ‘Reward’ is added as a bonus track. Originally by The Teardrop Explodes its only saving grace is that it’s the fastest track on this disc. Also added are three demos which were proposed for a fourth album, but the poor commercial performance of Kin scuppered those plans. Xentrix were a band never afraid to experiment and you can hear a real evolution between their first two albums but the jump they made with Kin was just too big for most metalheads to stomach. However, the good news is band have partially reformed and latest album (2019’s Bury The Pain) finds them returning to reclaim the UK thrash crown. 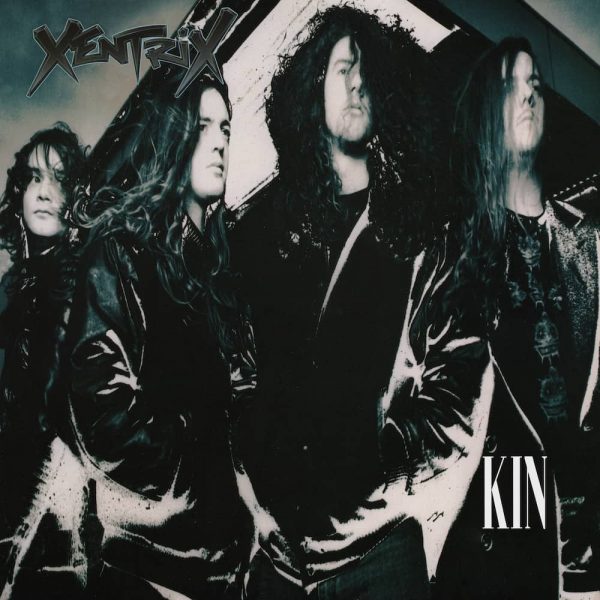